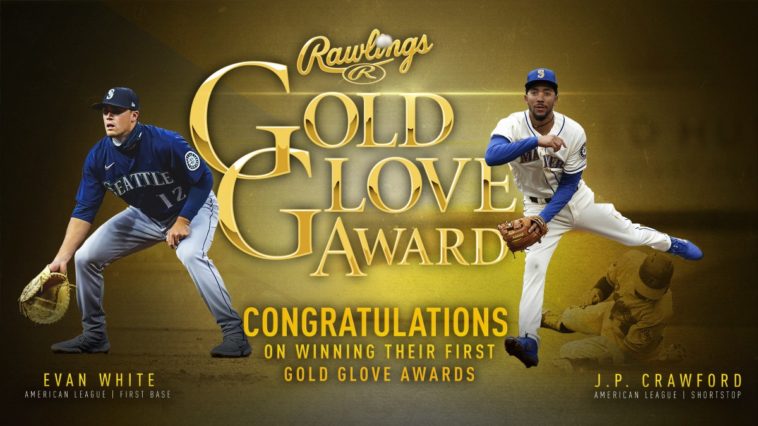 Today, Rawlings recognized that level of play by awarding Gold Gloves to both 1B Evan White and SS J.P. Crawford. It’s the first Gold Glove for either player. After a slow and quick year not resulting in many wins for the Seattle Mariners, we got to see good defensive play for the first time in a while.

For White, not only is it his first Gold Glove, but it’s also the first time in the award’s history it’s been given to a rookie. White is the Mariners’ first Gold Glove winner at first base since John Olerud back in the early 2000s.

Marks the 12th time in franchise history in which multiple Mariners are named winners, first since 2010. Pair White and Crawford with rookie standouts Kyle Lewis and Justus Sheffield, and the Mariners appear to have something special brewing in Seattle.

Evan White Gold Glove in his first year! ?? historic for the young #Mariners 1B pic.twitter.com/wXhOlNMyII

White and Crawford join Ken Griffey Jr. as the only @Mariners players to win a Gold Glove in their age 25 season or younger. Seems good. https://t.co/qQAGcleuUV