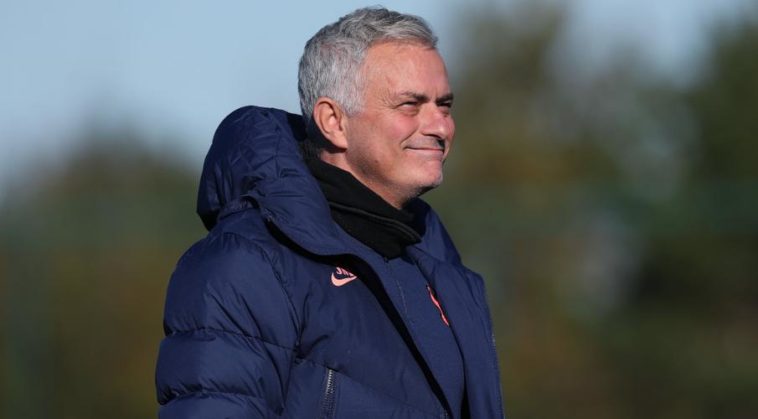 Garett Bale gets the game winner for Tottenham against Brighton. pic.twitter.com/e5wZqW7E2f

Last night, the Spurs won their first home game of the season against a resolute Brighton team. A penalty from Harry Kane and a winning header from returning favorite Gareth Bale consolidated 3 points for Jose Mourinho’s side. This was a labored performance, much like the duel with Burnley last Monday.

Spurs started with a 4-1-4-1 formation, with Tanguy Ndombélé playing high up the pitch in the number 10 role, and Son Heung Min deployed wide on the left, Mourinho again setting his formation up to match that of Brighton’s 3-4-3. Adam Lallana and Tariq Lamptey linked down Spurs’ left side, and Lamptey was a real danger on the break. Brighton seemed to grow in confidence after going a goal down and Kane bundled to the ground after a clumsy leap by Lallana as the Spurs man cleverly backed into him. VAR was called to review the free-kick, and a penalty was given instead. Brighton would not stay angry with referee Graham Scott for long, after he awarded them a controversial equalizer in the 62nd minute. Lamptey scored after Spurs Pierre Emile Hojbjerg was blatantly caught when breaking from his own box before the buildup. Scott even checked the monitor and still concluded that Solly March got a fraction of the ball before the player, making a brave decision to give the goal. It looked to be a big mistake. Football fans must hope the authorities review the decision and Scott is made accountable. This kind of arbitrary reasoning is becoming far too familiar in the game now. Pre-VAR football is now a distant memory. Spurs responded well: Lo Celso and Bale replaced Ndombélé and a largely ineffective Son, and Bale made Spurs fans’ hearts flutter when he found a great cross by Sergio Reguilón and headed home for his first goal in a Spurs shirt since May 2013.

Spurs fans will also enjoy Mourinho’s stab at Madrid, when he quipped: “I am going to go on Safari and see the reaction on Madrid websites.” Madrid fans will probably not care, but Spurs fans across the world fist pumped the air in joy as their prodigal son got off the mark, scoring another winner in a lilywhite shirt. Brighton can be proud of their performance, Spurs will be proud of the result, but more is needed against the bigger clubs who visit in the future.

Jose Mourinho has insisted Harry Kane did nothing wrong after the England forward was criticised for how he won a penalty in Tottenham Hotspur's 2-1 win over Brighton…https://t.co/0pGxTlMR7I pic.twitter.com/iOW5eirSGT