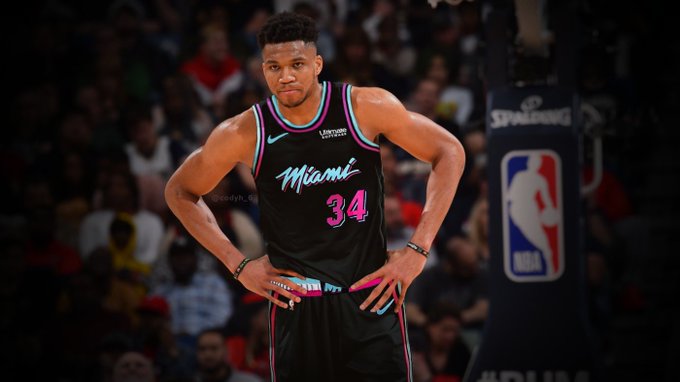 Giannis heading to the Miami Heat is beginning to get some extra spice in the rumor mill late Tuesday afternoon. Ashley Nicole on Twitter reported that not only are the Miami Heat in the race but that the Golden State Warriors are beginning to put together an intriguing package for the two time reigning MVP. However, Giannis is reported to be ready to sign an extension in Miami and would only be willing to committ to playing out the year in Golden State.

some basketball news:
i’ve been told by sources within the #MiamiHeat organization that despite previous reports, Tyler Herro is not an “untouchable” in the team’s pursuit of Giannis Antetokounmpo. #HeatTwitter

adding to this, Giannis splits his offseason between Greece and Miami. per sources, he’s prepared to sign a long-term deal in Miami.

the #Bucks are not willing to end up with nothing by letting him hit free agency in 2021. a deal is expected before then. https://t.co/T3vM0gqVXI

Pretty big news. That doesn’t mean Golden State would not roll the dice despite Giannis not wanting to committ and Golden State would bet on it’s culture taking over and Giannis wanting to stay. It’s going to be an interesting off-season and no matter where Giannis ends up (or if he stays in Milwaukee) they will be one of the top 5 title favorites.