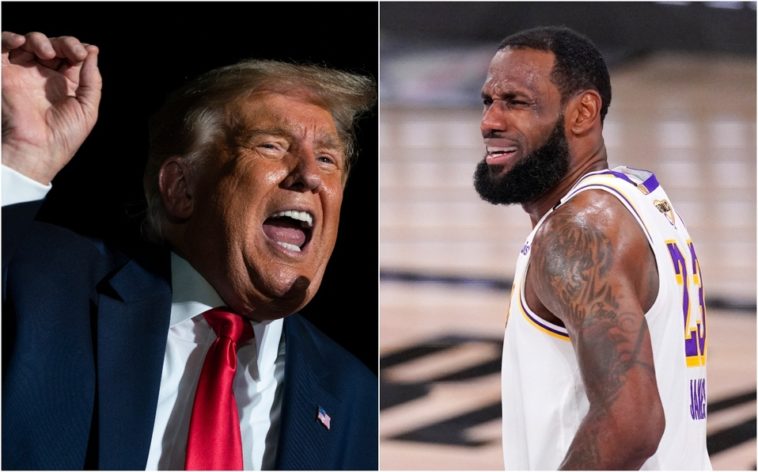 2020 has been a weird and politically charged year as we all know. But, this rally for President Donald Trump feels like a scene out of a movie after Trump went after the NBA and NFL for disrespecting the flag and saying that their ratings suck. He went after LeBron James and blamed political views for the poor ratings. But what made this a scene right out of a movie was the end of Trump’s speech was the crowd in Pennsylavia beginning a “LeBron James Sucks” chant.

Donald Trump goes after the NBA ,LeBron James and the NFL. What does the crowd do? They chant: “LeBron James sucks” ?

Is this real life?

Just weird. I mean this has literally barely has anything to do with politics. We are living in weird times and scenes like this just make 2020 seem a bit weirder. Election night is Tuesday as we all know and we are bracing our selves for a once in a lifetime election.