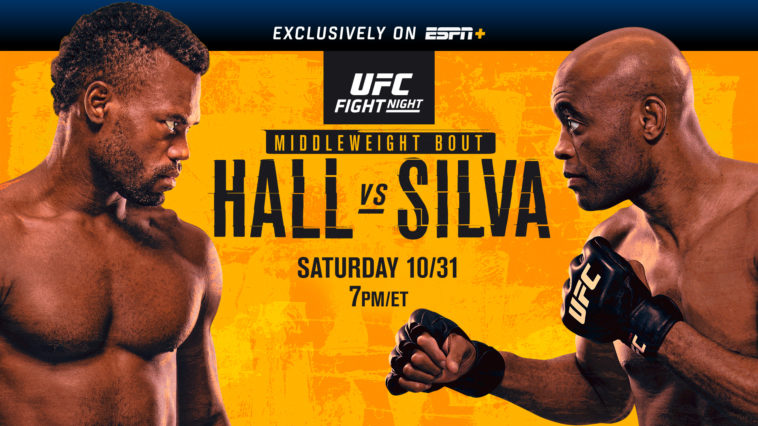 Another Saturday, another day of UFC Fights. It even looks like it’s shaping up to be a historical night. UFC Fight Night: Hall vs. Silva in what is possibly Anderson Silva’s last fight in the UFC. Arguably one of the greatest fighters of all time, Silva comes in 10 years his opponent’s elder at the ripe old age of 45. Coming off two straight losses to Jared Cannonier and the Champ Israel Adesanya, The Spider is looking to finish out his UFC tenure on top with a main event win against Uriah Hall. Lot of great fighters going tonight besides the main event, lets take a look. 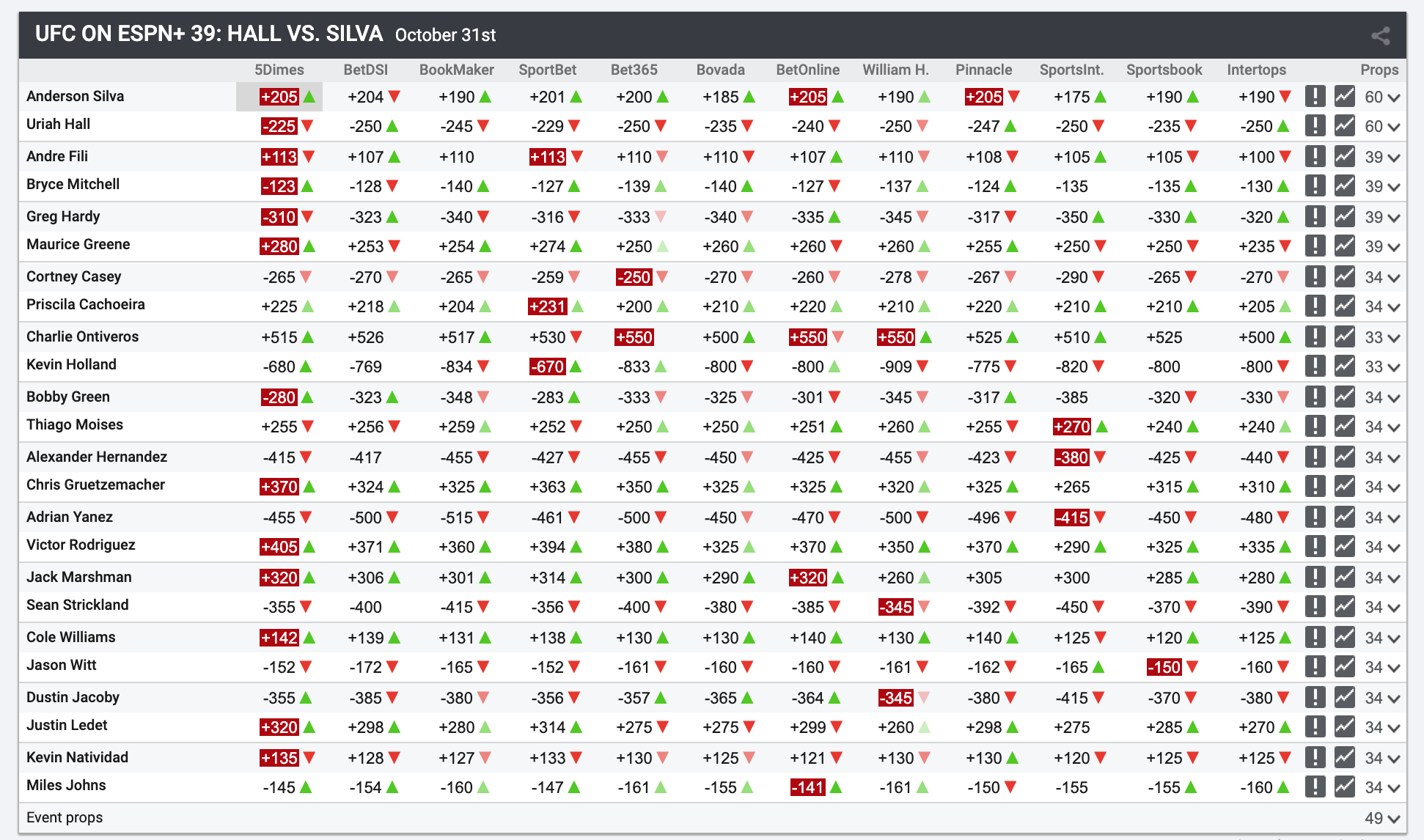 Couple of quick points to make before we go into making picks. A couple of guys on the card missed weight. Jack Marshman and Cole Williams who are both fighting on the undercard missed weight by 1.5 and 4.5 lbs respectively. They will both forfeit their fighting purse. 40% of Williams for the egregious miss and 20% for Marshman and in my humble opinion it should be more money. It’s not fair for their opponents. Other news regarding missed weight. We had a bout that was canceled because of weight issues between Cortney Casey and Priscila Cachoeira. Greg Hardy also almost became the first heavyweight in UFC history to miss weight as he made the 266 lb limit on his second weigh-in.

Plenty of great matchups on the card tonight and we are going to pick them all, without further ado…LET’S MAKE SOME MONEY!!!

Kevin Natividad (+135) – Give me the debuting Natividad over another highly touted guy in Miles Johns who has yet to impress in the octagon.

Justin Ledet (+320) – Dustin Jacoby has an incredible resume outside of the UFC but I think what he showed on The Contender Series proves that we’ve already seen him at his best. Give me another debuting guy to get a big W in Ledet.

Sean Strickland (-355) – Big favorite against a guy who missed weight, going to ride with the self-explanatory pick.

Adrian Yanez (-455) – Two debuting fighters, Yanez is 11-3 in his career and Rodriguez is 4-2. At this point just give me the experience.

Bobby Green (-280) – This is my guy, Bobby Green is looking to go 4-0 on the year. He’s been a busy man. He’s taking on some serious talent in a Thiago Moises who is 9 years his junior, but I just really like riding the hot hand and in this one, the more confident fighter.

Kevin Holland (-680) – One of my new favorite fighters. Clearly Vegas thinks the same, Holland actually Knocked Out Joaquin Buckley earlier this year. If the name Joaquin Buckley doesn’t ring a bell then here’s a video in case you forgot.

Maurice Greene (+280) – One of my favorite people in the UFC fighting against one of my least favorite. “The Crochet Boss” has been on the wrong end of a couple of tough ones as of late but hopefully he can dig down and start a winning streak here against Greg Hardy.

Bryce Mitchell (-123) – This is the toughest fight to pick. Huge Andre Fili fan over here but I think Bryce Mitchell’s tenacity will just be too much. Too much aggression, always advancing and always threatening a finish. Give me Mitchell by a hair.

Anderson Silva (+200) – I know I am probably going to regret this pick. But shit he hung with Adesanya for 3 rounds, he should be able to hang with Hall for 5. I think obviously the scare is that Hall could stop the fight whenever he just has that kind of power. I just think the Spider will still be elusive enough to stay alive and get the W.

Should be an awesome night for fights! Follow along on Twitter @SONTChicago for all things Chicago Sports!!