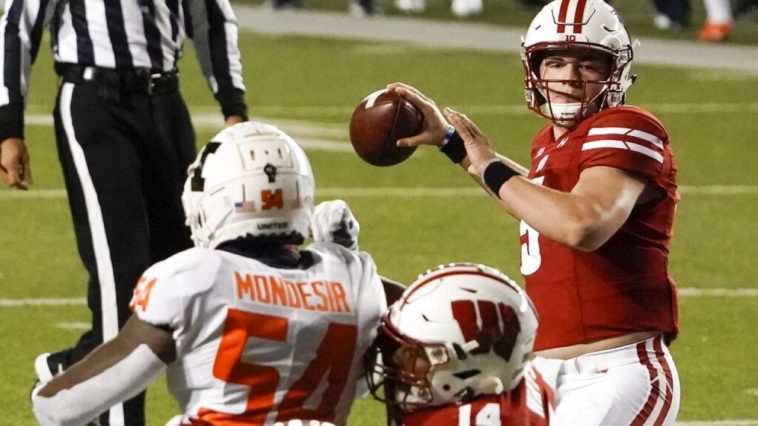 Earlier this morning, the University of Wisconsin announced that their game on October 31 against the University of Nebraska would not be played due to an increase in positive COVID-19 cases among the Badgers.

Alvarez issued a statement, saying “We have said from the beginning that the health and safety of our student-athletes, coaches and staff members comes first. Over the past several days we have seen a rising number of student-athletes and staff contract the virus. The responsible thing for us to do is to pause football-related activities for at least seven days.”

Big Ten testing protocols state that if a program’s testing positivity rate exceeds 5%, the program is required to halt practices and competition for a minimum of seven days. A total of 12 people within the program have tested positive over the last five days, including six players and six staff members.

Of these players and staff members, both starting quarterback Graham Mertz, backup quarterback Chase Wolf, and head coach Paul Chryst have all tested positive. Based on Big Ten testing protocols for this season, all players that test positive are not permitted to be with the team for 21 days. With that being said, Mertz and Wolf will miss games against Purdue on November 7, as well as a huge matchup against the No. 13 Michigan Wolverines in Ann Arbor on November 14.

This is a major bump in the road for the team, especially after the amazing performance Mertz put on in his debut as a starter last Friday against the University of Illinois.

Mertz exceeded all expectations in their 45-7 win where Mertz finished the game completing 20 out of 21 pass attempts for 248 yards and five touchdowns. It’s also important to note that his only incompletion came from a drop.

Mertz tied a school record with 17 straight completions, and also got a lot of help from junior tight end Jake Ferguson, who was on the receiving end of three of Mertz’s five touchdown passes. On top of this, Mertz broke the Wisconsin school record for highest completion percentage in a game at 95.2%.

This left Badger fans very optimistic about the season going forward, but unfortunately this hope has been put on hold as Badger fans wait and see just how large of an impact COVID-19 will have on the remainder of the season.

If we are going to wear masks, we should actually wear them. pic.twitter.com/ERnyM0y1UR

With both Mertz and Wolf sidelined as they recover from the virus, the Badgers will look to redshirt sophomore quarterback Danny Vanden Boom.

Vanden Boom has not played for the Badgers since the 2018 season. During that season, Vanden Boom played in three games and recorded his first career touchdown pass against New Mexico on September 8, 2018.

With the game against Nebraska this weekend being cancelled, Vanden Boom won’t see the field until at least November 7 against Purdue depending on how well the team is able to control the spread of the virus within the program.