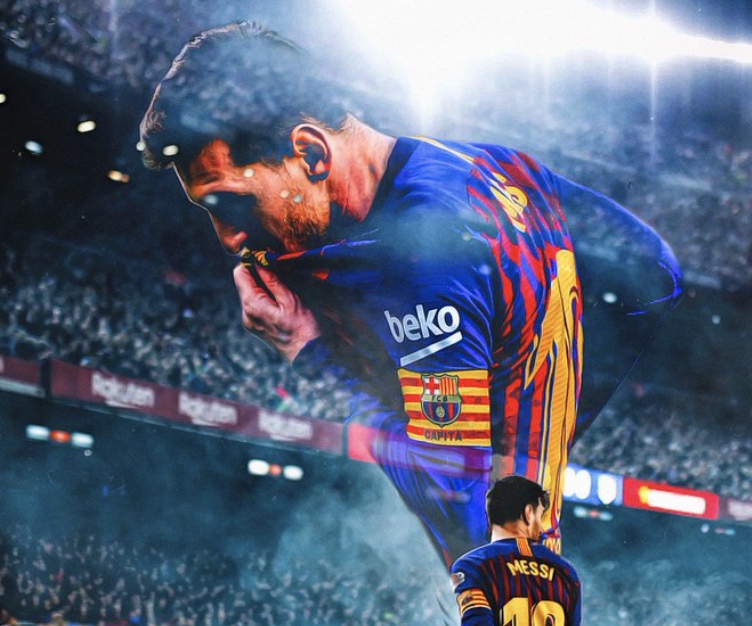 Soccer has had many great players over the years from Pele, Diego Maradona, Johan Cryuff Ronaldinho and Cristiano Ronaldo to name but a few. But few have come close to Lionel Messi, arguably the greatest player not just of his generation but of all time.

Messi is an unquestionably gifted and skillful player who is idolized around the world by fans who see him as a god. Known for his exceptional dribbling ability and ball control, he is a genius with a football. He is able to dispossess defenders who at times are much bigger than he is and dictate the speed and tempo of the game to his desire. Messi makes it look so easy almost as if it is an art and a sport. The way he plays the game is a joy to watch, playing with such passion and desire, as well as ability. Like many great players from an early age, Messi has had incredible talent as a boy. That talent was the motivating factor which pushed Barcelona to sponsor life-changing treatment for Messi, who suffered growth as a child. After signing for Barcelona, the rest is history.

Messi is known as a machine when it comes to scoring goals, with absolutely mind-blowing stats. In La Liga, he holds the record for the most goals with an amazing 424 scored. He also holds the record for the most goals in a single season with 50 league goals. In the UEFA Champions League Messi has scored the most hat tricks with 8 in total. Not only is he a great goal scorer, but he is also an important team player with 173 assists in La Liga, the most ever. In total he has managed 676 goals in just 831 games for both club and country, with stats like these it is hard to hard argue against him, with many of his goals coming in crucial games, with many also being of exceptional quality.

At Barcelona he has won everything there is to win, winning La Liga 10 times and the Champions League a superb 4 times. He has won a club-record 33 trophies while at Barcelona. Although internationally he has found success more difficult, there is still time for him to win the World Cup and what would be the icing on the cake on a truly remarkable career.

The debate over who is the Greatest between Lionel Messi and Cristian Ronaldo will always go on but for me, it has to be Messi for sheer ability alone. Living in a generation where we have two of the greatest ever to play the game, we should count ourselves extremely lucky indeed.