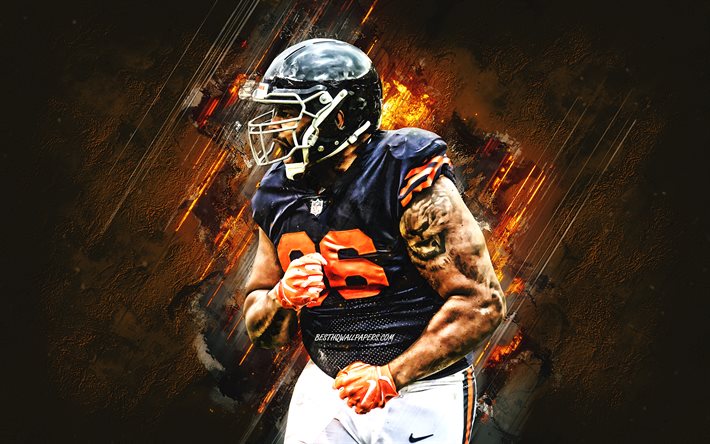 Akiem, He Saw, He Conquered

Like most Bears fans, I love Akiem Hicks. I’m not afraid to say it and you shouldn’t be either! His ability to disrupt the line, his knack for stopping the run, and his passion for the game. Yet somehow, most fans love him for his personality.

Hicks is the type of guy that you can always count on to get you hyped for game day. It doesn’t matter the opponent or the current record. The guy is a walking sound bite. If the pregame juice isn’t enough for you, the mid-game chuckle or howling scream certainly will.

The tackles, the sacks, the forced fumbles… All that seems to take second place to Akiem just being himself. Maybe that IS himself. The friendly monster. The teddy bear. The gentle giant.  How can a man that large and ferocious on the field give off such a loving and caring vibe?

The thing is, he doesn’t only feed on big moments… He serves up individual slices to us fans so that we can feast as well. Akiem understands that us fans love the game and that we appreciate the ability to talk to the game’s biggest stars. I’ve seen him retweet or like our replies almost daily and even send out birthday wishes to random fans. Hell, I’ve personally discussed Kung Fu movies with him during the off-season.

His personality is just as consistent as his play. It’s more than that though. It’s contagious. You hear that laugh or scream and from his teammates all the way down to us fans you can feel the vibration. The shifting of the tides. The beast is unleashed and once the mayhem and carnage is over, we get our teddy bear back. It’s like witnessing a tornado giving hugs and high fives on the way out. It’s even more amazing to see it in reverse.

Us Bears fans have been lucky to witness some of the greatest defensive players in the history of the league. Players who changed the game. Men that have given their all and are celebrated in Canton. However, we’ve never had an Akiem Hicks and once he is gone, we never will again.

It’s not the stats or the consistency in which Akiem should be judged. We have no concerns there. It’s his big heart and loyalty to the city in which he has conquered with love.