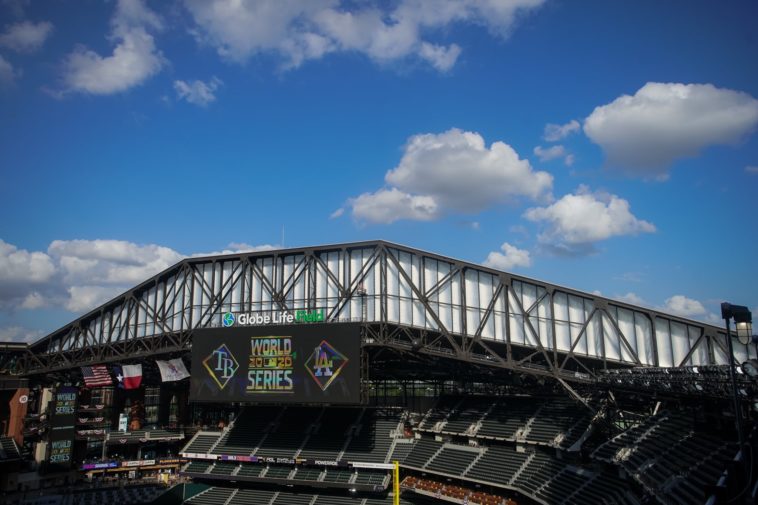 Behind a solid performance at the mound and some hot hitters, the Dodgers ran away with game 3 to regain “Homefield” and got some stagnant players going while the Rays struggled to find hits all night long and the score doesn’t even begin to explain how much the Dodgers dominated this game.

Justin Turner snags it to get the double play. #Dodgers #LATogether #WorldSeries pic.twitter.com/MGDW5azZ8R

Walker Buehler was on a mission tonight:

Not a great game if you’re a fan of the slow, good pitching variety. This game was wild start to finish with fireworks at the plate with a combination of eye-popping defensive plays. It’s weird to think that the wild finish was somehow disappointing and yet, on brand for this game and a shot in the arm from game 3’s sluggish and one-sided nature.

Corey Seager is the first player to have a #WorldSeries game with 4 hits, multiple runs, and multiple RBIs since Pablo Sandoval in 2012 https://t.co/pf5ZqGSvdz #Dodgers pic.twitter.com/odBpk51Nqb

The roof will be open for Game 4 of the World Series. pic.twitter.com/04C00RMRyf