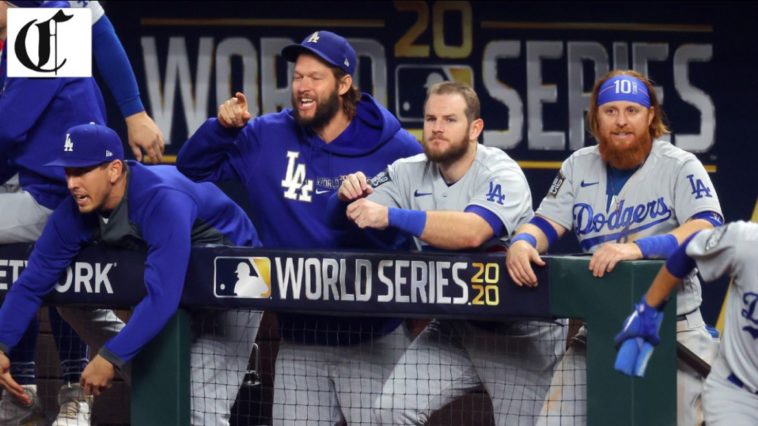 The Dodgers are on the brink of snapping their cold streak in the World Series after a strong defensive showing in game 5. The Dodgers were tactical in their runs and actually outcoached the heck out of the Rays who took too many chances early that cost them late instead of being patient. We will see if Blake Snell can force a game 7 with a performance on par to game 2 or if LA can get that monkey off of their back finally.

Blake Treinen’s fastball was around 80mph in high school. He had to talk his way into a spot on a Division I baseball team. And he just got the save in Game 5 of the World Series, leaving his team one win from a title. He’s one of the truly nice dudes in the game. Good for him.

The Los Angeles Dodgers just won Game 5 of the World Series. They are one win away from becoming the 2020 Champions. pic.twitter.com/c0A0UPWY1z