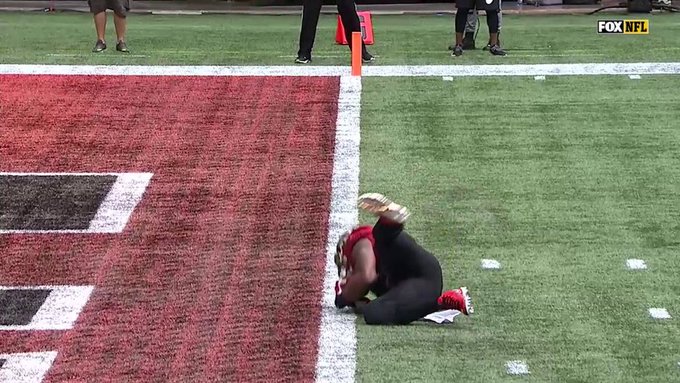 The Atlanta Falcons just continue to invent ways to lose. Down to with the ball near the goal line the Falcons were attempting to run out the clock and kick a game winning Field Goal. Todd Gurley ran towards the end zone and attempted NOT to score but somehow he still got in and was ruled a touchdown:

Falcons wanted to run the clock down on the Lions… Instead, he scored, and the Lions won the game ? @thesportsontap pic.twitter.com/BWMG8zaYco

LOL you can't make this stuff up. The city of Atlanta and Falcon fans I do not know what you did to the sports gods. pic.twitter.com/RvxvoIZaui

Matt Stafford FTW and the Falcons continue to Falcon

It’s unbelievable how the Falcons continue to defy logic and lose these games. It makes zero sense. It’s time for the city of Atlanta to apologize to the sports Gods for whatever they did and stop losing in the most brutal ways possible.