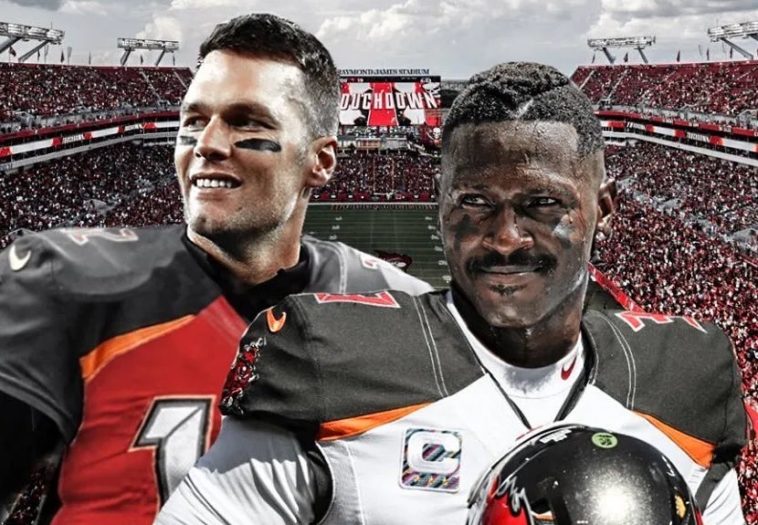 After a 48 hours filled with chatter about Antonio Brown joining Russell Wilson and the Seattle Seahawks, the Buccaneers came out of nowhere to sign AB. I say ‘out of nowhere’ because it was not reported that it a strong option, but we know that Tom Brady vouched for Brown in New England last year, and wanted him in Tampa Bay. Brady got his wish and Brown is now signed with Tompa Bay and will be available by Week 9 after COVID protocols.

BREAKING: Antonio Brown and the Buccaneers have reached agreement on a one-year deal, per sources.

He will be available Week 9 for Tom Brady and the Tampa Bay #GoBucs @OnTapNFL pic.twitter.com/0UEVCDzaUV

Brown played one game with Brady and the New England Patriots last season before being released amid further allegations of sexual assault, which were among the reasons he was later suspended by the NFL for the first eight weeks of the 2020 season, officially cited as having violated the league’s personal conduct policy.

Antonio Brown suiting up to play his annual game with Tom Brady pic.twitter.com/gtRfImVQk6

Tom Brady after Antonio Brown lives with him longer than 2 weeks this time: pic.twitter.com/LusI1a3aBi

The last time Antonio Brown was on a football field, he caught this TD pass from Tom Brady ? pic.twitter.com/svngQ2l4FQ