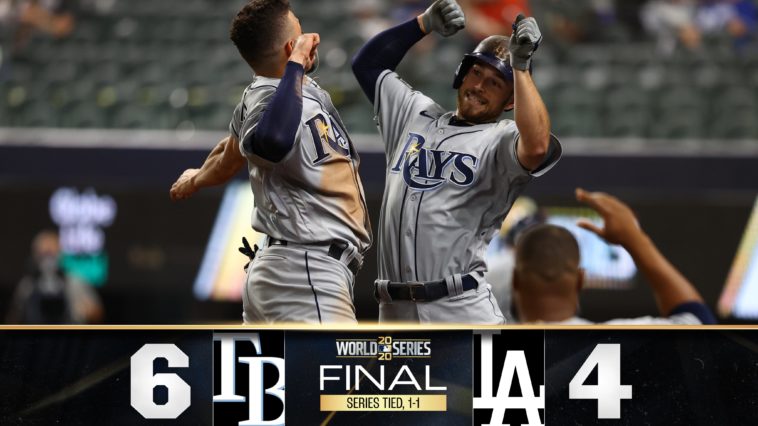 The series is even now at one apiece with the Rays closing out innings strong in this game 2 and now that have the last say batting at the bottom of the inning heading into game(s) 3 and 4. Here is some recap and reactions that I had from the game last night:

Blake Snell is bringing it. pic.twitter.com/YuMT0suDqe

All tied up. #WorldSeries pic.twitter.com/AWwG4R5kiK