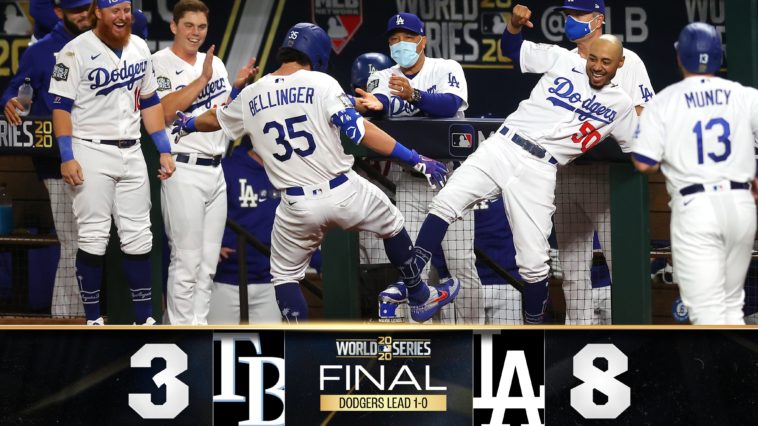 The Dodgers secure a 1-0 lead following last night’s stellar performance from Kershaw on the Mound and the Dodger’s batters. Following this 8-3 rout here are some takeaways from last night’s game:

Kevin Kiermaier puts the Rays (+140 ML) on the board with this solo home run! Dodgers lead 2-1.

What a way to get out of an inning!