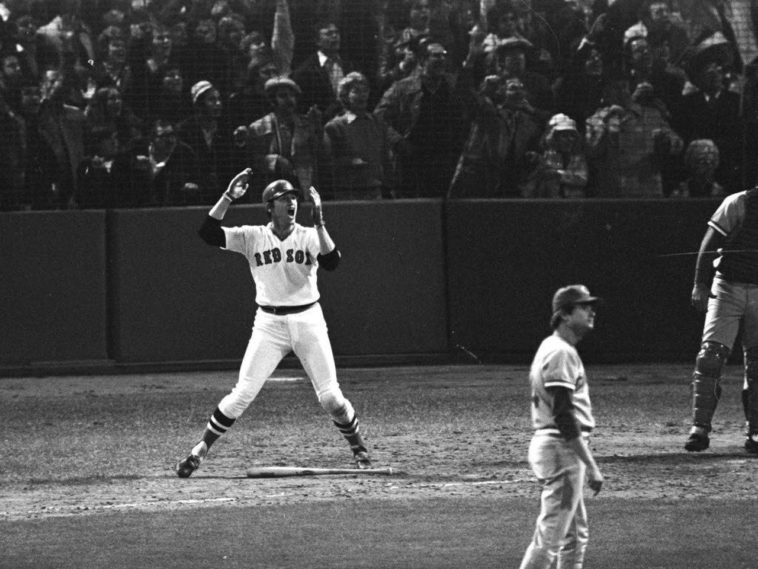 Today in sports history October 21st, 1975 Boston Red Sox were down 3-2 in the World Series. In the bottom of the 12th inning Boston Red Sox superstar Carlton Fisk came too the plate and blasted a ball to left field. It was one of the most iconic home runs in MLB history as you can Carlton Fisk was basically willing the ball to stay fair. And it did. The Boston Red Sox went on to lose game 7 and wouldn’t win a World Series until 2004 but it still remains one of the most iconinc moments in Red Sox and MLB history.

Today in sports history October 21st, 1975 Carlton Fisk hits a walk off home run in the bottom of the 12th to force a game 7 in the 1975 World Series