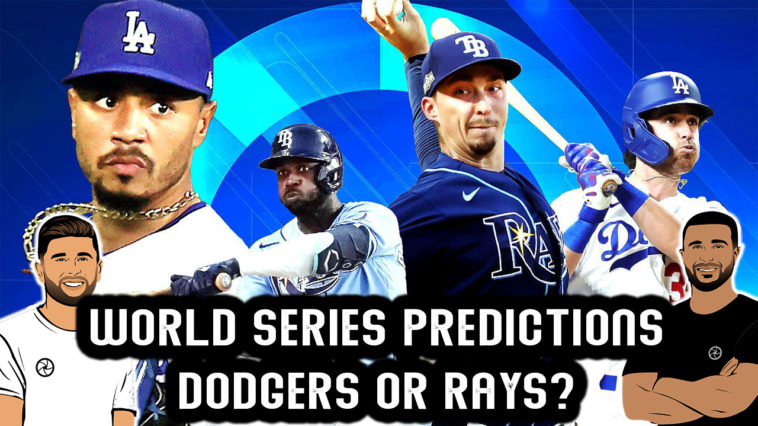 It was about time, but we finally got the performance we were all waiting for. Clayton Kershaw showed up, and show up BIG for Game 1 of the 2020 World Series between the Los Angeles Dodgers and Tampa Bay Rays. Clayton Kershaw has been mocked and judged for years for his playoff collapses, many comparing it to people like James Harden of the NBA, never showing up when the moment matters.

Game 1 of the World Series was different for Kershaw as he carved through the Tampa Bay Rays’ lineup, retiring 17 of the final 18 batters he faced and leading the Dodgers to an 8-3 victory in Game 1 of the 116th World Series.

Over six innings, Kershaw allowed two hits and one walk while striking out eight. His lone blemish was a Kevin Kiermaier home run that wound up being of little consequence, as the Dodgers’ offense spent the middle innings tagging Rays pitchers with a complement of long balls and small ball.

Next up: Game 2, which is scheduled for Wednesday, with the Rays’ Blake Snell facing Los Angeles’ Tony Gonsolin. While up 1-0 in the series, the Dodgers are favored for game 2 as well.

After an off day Thursday, Tampa Bay’s Charlie Morton will start against Dodgers ace Walker Buehler in Game 3.

Will Clayton Kershaw get his redemption? Plus World Series preview with @gjarjour & @JarjourSami podcast our now! ?

Tweets from the podcast about the Dodgers v. Rays World Series:

wow what a story. what an incredible story. who would've thought a 43-17 team with cody bellinger, mookie betts, corey seager, walker buehler, and clayton kershaw would win the pennant. just a buncha loveable losers. inspirational. nobody believed in them. braves choked btw lol.

Mike Zunino had a roller-coaster ride in Seattle. But anyone who knew him here is happy that he’s going to the World Series. Also, none of us reporter types were surprised to see he agreed to play spokesman after the Rays’ victory. Was always accountable. Win or lose.

The #WorldSeries AKA the battle for the 2020 City of Champions. pic.twitter.com/YNJlYILpwU

Randy Arozarena's now has 7 home runs this postseason, the most ever by a rookie.

He trails only Barry Bonds, Carlos Beltrán and Nelson Cruz (all with 8) for the most ever in a single postseason. pic.twitter.com/piCMKTZISl