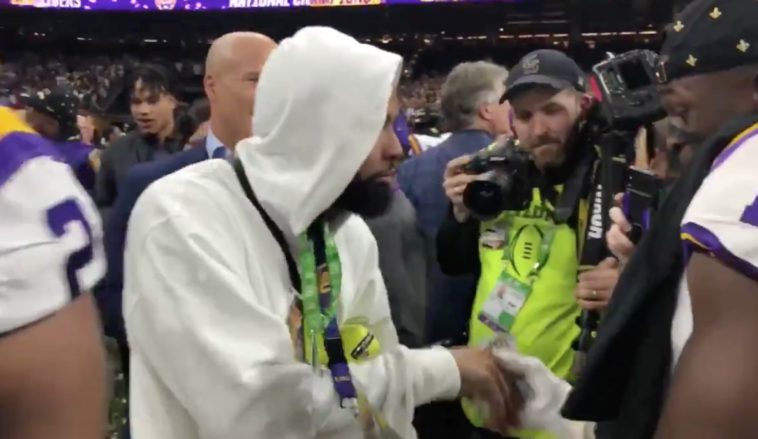 LSU has self imposed bans on themselves for Odell Beckham Jr giving out $2,000 worth in cash after the National Championship game.

LSU Has Banned OBJ For 2 Years For Handing Out $2,000 In Cash After The National Championship ? ? @thesportsontap
pic.twitter.com/OE1X7VTBF8

Source: The school is docking itself eight football scholarships over a two-year period and reducing recruiting visits, evaluations and communication after a nearly two-year investigation uncovered booster payments to the father of a football player, sources tell Sports Illustrated. The school is banning from its facilities for two years ex-LSU receiver and current NFL star Odell Beckham Jr., who distributed $2,000 worth of $100 bills during a wild scene that unfolded on the field following LSU’s win over Clemson in the national championship game in the New Orleans Superdome.

There is probably no story more Odell Beckham Jr then this. I mean OBJ had to know you can’t just give out cash on the field. Anyways, I think the NCAA is pretty crazy for even wanting to impose any sort of penalty to LSU for Odell’s action but that’s a different story for a different day.