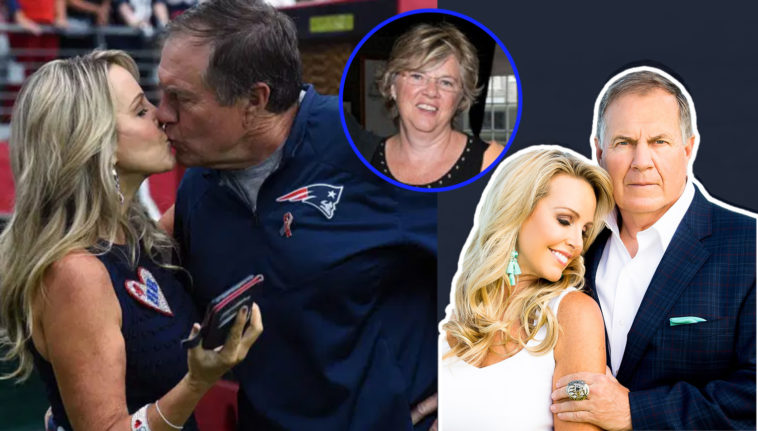 New England Patriots head coach Bill Belichick has been dating his long time girlfriend Linda Holliday since 2007. But before dating Linda, Bill Belichick was married. Who is Bill Belichick’s ex-wife? Well to start off Bill Belichick was only married once and that was to his high school sweetheart Debby Clarke Belichick. She is the mother of his three children. The former married couple had three children together. Amanda, Stephen and Brian. All three of the Belichick children played Lacrosse in college. Stephen Belichick now coaches safeties for the Patriots. And his other son Brian Belichick is rising up the ranks for the Patriots coaching staff. His daughter Amanda Belichick is the head lacrosse coach for women at Holy Cross College in Massachusetts.

After the divorce Bill Belichick began dating Linda Holliday. And their relationship has been strong since.

One thing you would never expect from Bill Belichick is night clubbing. Well, sometimes in life you have to learn to expect the unexpected. Bill Belichick met Linda Holliday at a nightclub in Florida in 2007. The story goes that he was just having a good time and she was out for a girls night. Now, you wouldn’t expect Bill Belichick to be “Mr. Steal Your Girl”, but Linda did have a boyfriend at the time. They met and had a great conversation according to all accounts. And the next night Bill Belichick being “Mr. Smooth”, sent Linda flowers and a card reading “Thanks for the wonderful evening”. The beginning of history. Linda Holliday is a former beauty pageant contestant. Ever since that evening the two have been together and taking vacations together. She is currently the Executive Director of the Bill Belichick Foundation. Linda Holliday has two twin daughters from a previous relationship. Ashley and Kat Hess run a fashion blog called “The Hess Twins” and are very active on social media.

The Belichick family is a happy family these days and his girlfriend Linda Holliday remains with Bill Belichick has one happy couple.