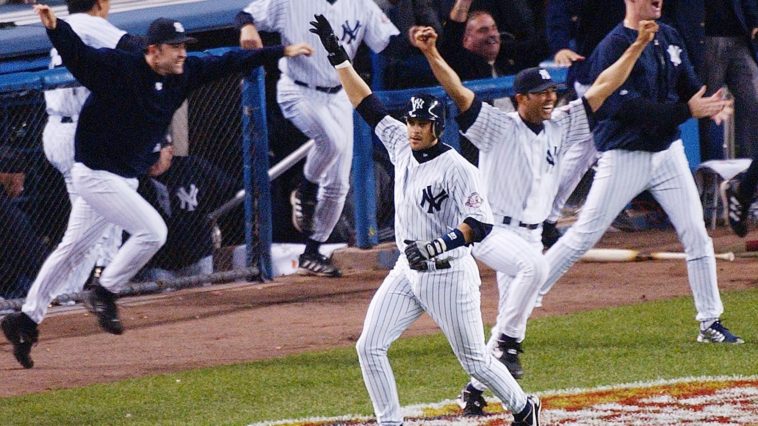 Today in sports history October 16th, 2003. Aaron Boone hit a walk off home run in the bottom of the 13th inning of game 7 of the ALCS to send the New York Yankees to the World Series and to send the Boston Red Sox home.

Today in sports history October 16, 2003: Aaron fucking Boone walks off in the bottom of the 13th of game 7 of the ALCS to give the Yankees the World Series berth over the Red Sox