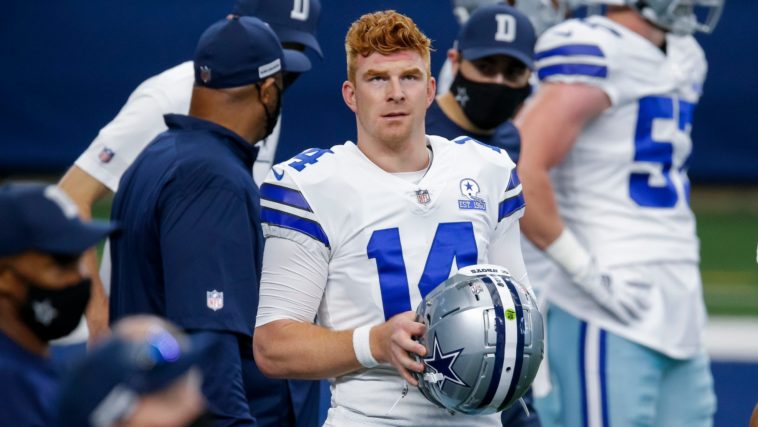 You got to feel bad for the Dallas Cowboys and Dak Prescott. We all know the story by now. Dak and the Cowboys could not come to a agreement on a long-term contract and on Sunday Dak had one of the most gruesome ankle injuries I have ever seen.

Prayers up to Dak Prescott. A what a gruesome injury ? ? @OnTapNFL pic.twitter.com/tYOzAp5qoZ

It’s yet to be seen what this will mean ot his long-term future but we do wish him a speedy recovery. He was playing his best football of his career and the division was wide open. He had cracked the top 10 of my Quarterback Power Rankings last week but he will be out for the rest of the year. So enter Andy Dalton. As always I rank my quarterback into Real Estate tiers. With real estate in Gary, Indiana being the worst and New York Penthouses being the best. Here are my quarterback rankings heading into week 6.

ANDY DALTON LEADS THE COWBOYS TO VICTORY IN THE FINAL MINUTE ?

Jimmy Garoppolo with one of the uglier INTs of the 2020 season.

The 1st rookie in NFL history to throw 4 touchdowns on #MNF?