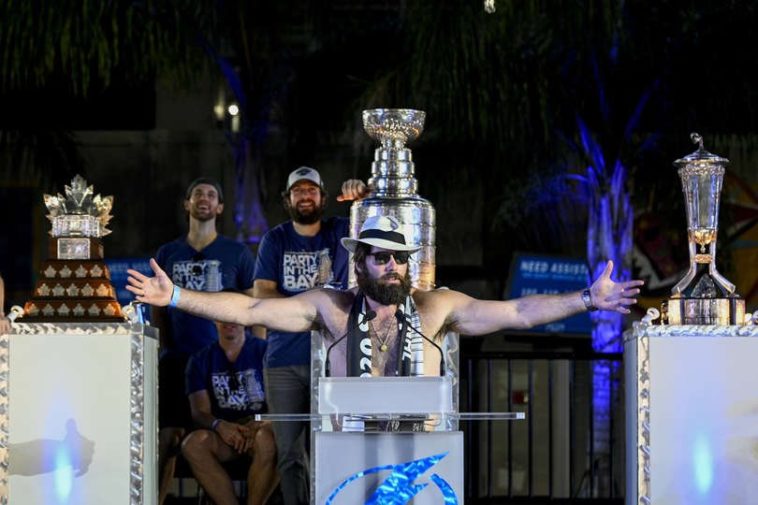 Why did I choose the Stars?

The Tampa Bay Lightning have re-signed forward Pat Maroon to a two-year, 1.8 million contract with an AAV of $900,000. pic.twitter.com/jRx00FQhFM

The 2020 NHL season is over, and the bubble has ended (for now) with your Stanley Cup Champions as the Tampa Bay Lightning. I was worried for the Lightning early on after a bad 4-1 loss in game 1. The Lightning rebounded strong and eventually went on to win. Now, I know what you may be thinking if you read my previous articles: “But Kodey you picked the Stars to win why are you acting so glad that the Lightning won?” There are multiple answers to this question but the first one is that I am PERSONALLY RESPONSIBLE FOR THE NHL CHAMPIONS BEING THE LIGHTNING. If you recall all of my previews, I did not ONCE choose the Stars to win a single series all postseason. I was 0-3 in series involving the Stars and knew that I was responsible for their miraculous run and my single person doubt could fuel them to a horrid NHL championship. I took it upon myself to then choose them as the NHL champions knowing that even though it would look like I was wrong, I bit the bullet and put my career on the line for the Lightning to win the chip. If you know me, or at least know that I am an Avs fan, you would be super puzzled by me picking the Stars knowing that I hate them. The obvious only answer is that if I didn’t choose them, they would have won the Cup so I HAD to choose them. Please believe me when I say the Lightning were going to lose if I picked them to win. I’m not capping.