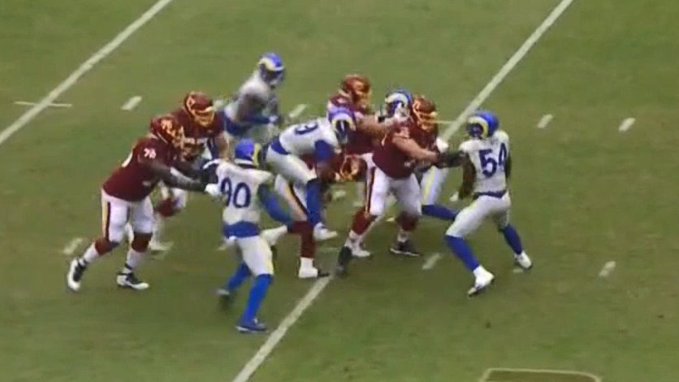 Alex Smith completed his epic comeback to the football field today for the Washington Football Team. And he survived a sack from the Los Angeles Ram’s Aaron Donald.

After the sack from Donald. Aaron Donald gave an assesment on what he thinks of Alex Smith’s legs:

“That motherfucker’s leg is strong” ???

Yikes. Just hearing that from Aaron Donald scares me. The guy is an absolute beast. But at the same time if he is telling us that Alex Smith’s legs are good then they must be good. Plain and simple. Just a quick and nice reminder that this Alex Smith recovery is absolutely magical.

Never forget… that was Alex Smith’s leg 4 days after his injury…… This man is a legend forever ? @thesportsontap pic.twitter.com/g6I0AUJHZ5