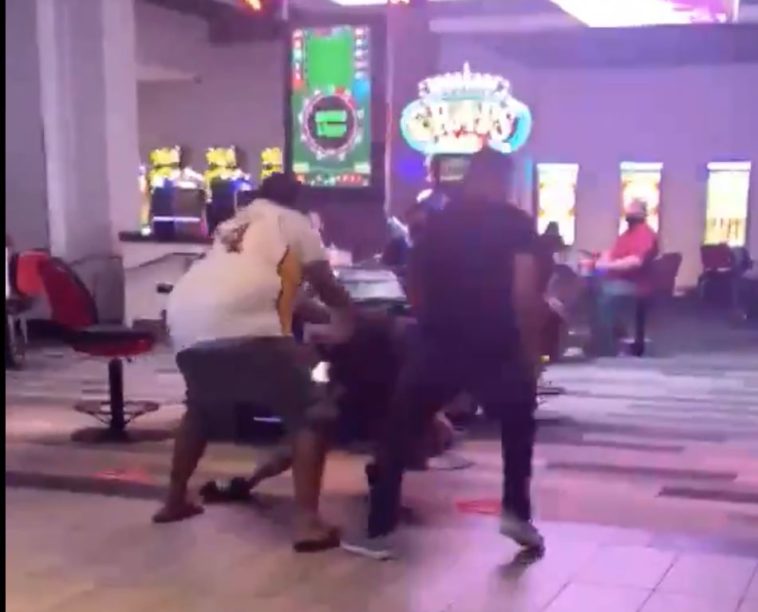 After the Miami Heat won game 5 against the Los Angeles Lakers on Friday night a heat fan decided to scream “Heat Nation” in a the Linq’s Las Vegas Casino. A couple of Laker fans took offense to this and decided to chase him down and try to jump him and beat him up for cheering for his team.

Some punk ass Laker fans jumped and chased a Heat fan in Vegas last night for screaming “Heat Nation” was rooting for LeBron and company but not anymore. Anything to see those weak ass fans sad will make me happy now. pic.twitter.com/nwZfc5bn6E

Honestly, kind of wanted to see Laker fans happy and to see LeBron James get his 4th ring. But now that I think about it… I can’t see these fans celebrating it would hurt me too much. I am not officially rooting for the Miami Heat after this video surfaced.