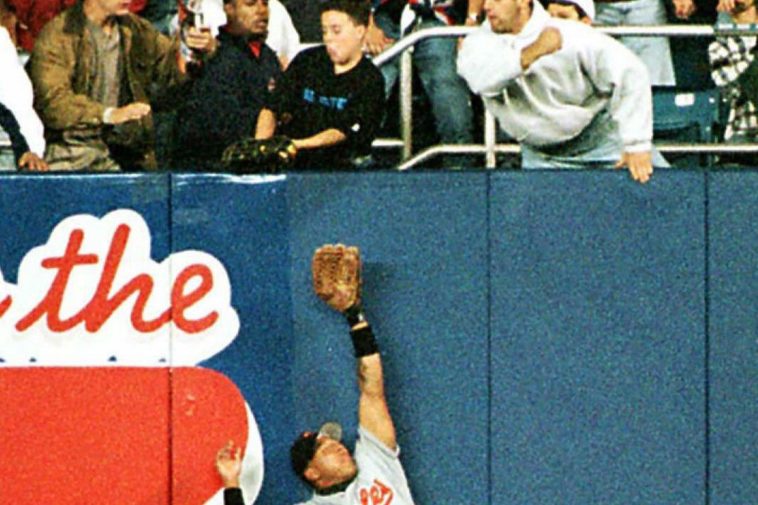 Today in sports history October 9th, 1996 The Jeffrey Maier game occured. For those who don’t remember the Jeffrey Maier game. The New York Yankees were trailing the Baltimore Orioles 4-3 in the ALCS bottom of the 8th inning, when Derek Jeter hit a deep fly ball to right field. As the Baltimore Orioles right fielder Tony Tarasco reached up to catch the ball a 12 year old fan named Jeffrey Maier reached over the fence and caught the ball. Umpire Rich Garcia ruled a home run instead of fan interference and the Yankeed went on to win the game, the series, and the World Series. Since there was no instant replay in 1996 they Orioles could not challenge thus the call stood as was.

Today in sports history October 9, 1996: Trailing Orioles 4–3 in the ALCS Jeter hits a fly deep right that is caught by 12-year-old NYY fan Jeffrey Maier reaching over the fence. Was ruled a home run the Yankees won the game. Should fans be allowed to interfere with the game? pic.twitter.com/7aqWQhIQY0

This incident will forever be a part of the fabric of sports. Look, this was one of the first of many Derek Jeter clutch moments, this led to a World Series by the Yankees and in general this was one of the many failures of the Orioles in the 90s to win a World Series. I am a big believer in momentum in sports. If the Yankees did not win this series would the momentum of dyntasty been squashed? We will never know. But the Jeffrey Maier incident is now and forever etched in stone.