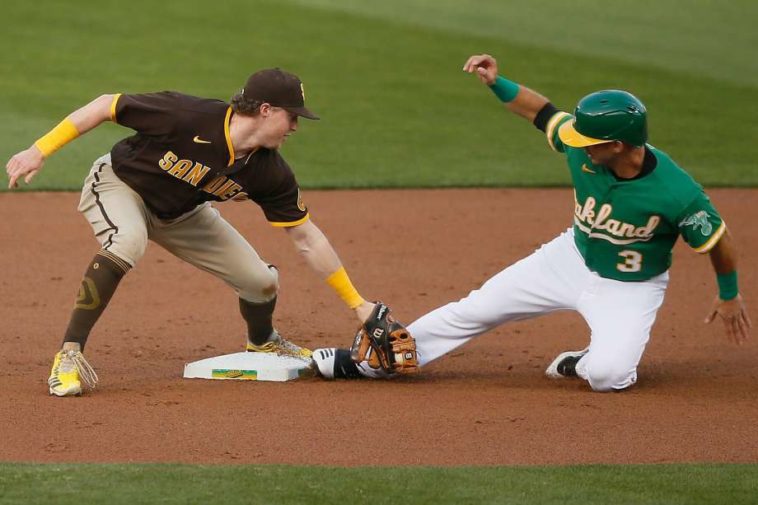 In the history of baseball, no team has won two baseball games when only scoring 1 run. This streak unsurprisingly continued as the Cubs fell two straight to the self-proclaimed “Bottom Feeder” Miami Marlins. The Cubs’ offensive struggles followed them throughout the season and a best of 3 series was not going to change that. So now that the Cubs are eliminated, who should we cheer for throughout the month of October? The following is a case for (just about) every team that still remains in the hunt for the Commissioner’s Trophy.

The Athletics are currently the most likable team in the playoffs and the only proof required is their ALDS opponent. Yes, they face off against the wretched hive of scum and villainy known as the Houston Astros. Any chance to knock-off those bums will be met with my undying support. Additionally, the A’s traded for former Cubs utility man Tommy La Stella at the deadline. I would love to see 3 am contribute in a meaningful way to a deep playoff run, as he really didn’t get that chance in 2016.

There is no reason to cheer for this team whatsoever. I would rather see Trevor Bauer sign with the Cardinals this offseason…

The Cubs owe a fair amount of the World Series success to Aroldis Chapman. And despite what Cubs meatballs would have you believe, trading Gleyber Torres for him was the right move. Additionally, former Cub DJ Lemahieu has found a great home in the Bronx. Cheering on former Cubs is really the only reason to cheer for a team to win its 28th title but it is a valid reason nonetheless.

The Rays organization as a whole deserves, at the very least, your respect. They simply go about the game in a different way to fit their constrained financial framework. Cubs ownership has cried poor for the past few seasons despite their massive piggy bank. The Rays, on the other hand, are actually poor relative to other successful teams and still found a way to snag the 1-seed in the AL.

For starters, they knocked out the Cardinals. For those who are not fueled by tribalistic disdain, this team is probably the most exciting in the National League. They led all of baseball in Grand Slams as well as “disrespect” for the game. Need I say more.

I know it can be hard to root for the team that bounced the Cubs but if we’re being honest every other team would have as well. If the Marlins were to win it all they would continue their undefeated playoff series win streak. Not to mention losing to the eventual winners gives Cubs fans an excuse for the early exit.

The younger brother of Willson Contreras, William, made his major league debut for the Braves this season and got a hit in his first at-bat. Sound familiar? If the Braves were to win it all, it may invoke a sibling rivalry between the two, forcing Willson to step up next season.

This was a tough one but I decided to play the sympathy card. The Dodgers have been on the wrong end of the Astros and Red Sox cheating scandals as well as the Washington Nationals team of destiny. Additionally, Tommy Lasorda and Vin Scully aren’t getting any younger…