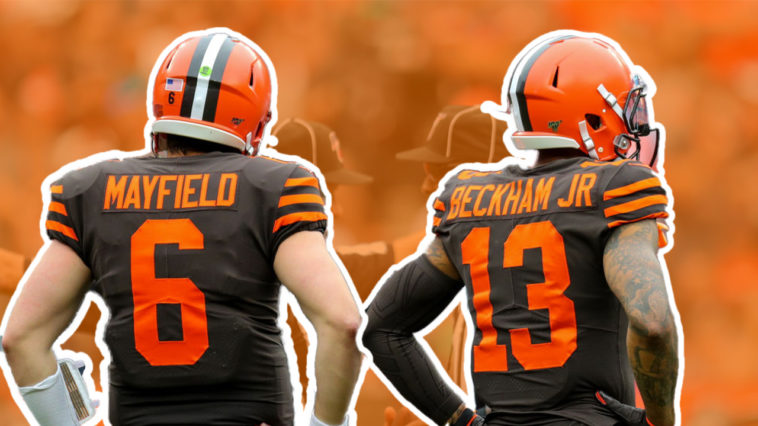 The Cleveland Browns have their hottest start since 2001-2002. 3-1. This is different. Odell Beckham Jr looks like his old self, Baker Mayfield is playing in the system, and the Browns finally have a good head coach?! We saw them drop 49 on the Cowboys. Are they legit? Can they compete?

The best start the Cleveland #Browns have had in years! This team looks like they're brewing something special ?

Tweets from the podcast:

#Eagles Carson Wentz has played with 20 WRs in his career:

Dak Prescott on the season :

Miss me with the Dak blame

So what’s the narrative now

For those of you who don’t know… Jalen Ramsey has two children with one of Tate’s sisters and ended the relationship and Tate voiced his disgust with Ramsey….. that hit was personal lol https://t.co/4gVPtx27HQ

Mahomes is showing us today that he is not the best qb in the league. Russel Wilson is obviously better

This is a decision I have been thinking long and hard about. But I have decided after 27 years of being a Dallas Cowboys fan that I am switching my allegiance to the Buffalo Bills and my favorite young QB Josh Allen. I was forced to like the cowboys at a young age time to be free pic.twitter.com/oKFHpNBbbe

The NFL’s most efficient offense right now belongs to the one and only Cleveland #Browns. pic.twitter.com/FHWEESipgI

Me being a @dallascowboys fan every season pic.twitter.com/LIYSaRndSF