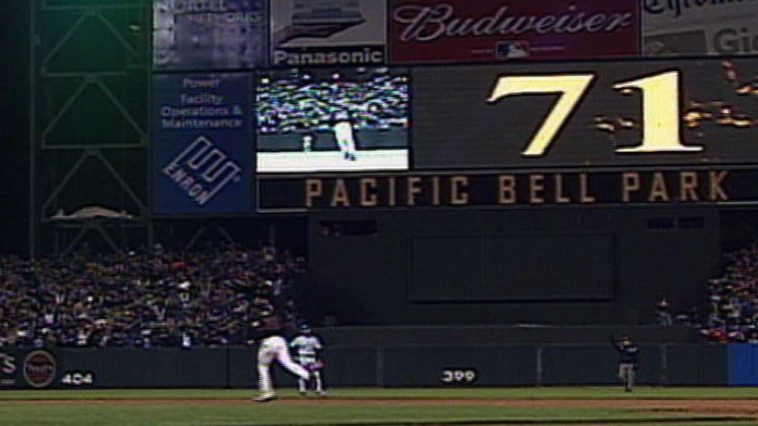 Today in sports history October 5th, 2001 Barry Bonds hit his 71st home run of the season to break the single season home run record for the San Francisco Giants. But, this record was not broken without controversy. Bonds was a integral part of the BALCO steriod scandal that linked Barry Bonds with taking performance enhancing drugs. Bonds went on to break the all-time home run record set by Hank Aaron a few years later. Both records may never be broken but that’s due to the fact that both records were broken with performance enhancing drugs.

Today in sports history October 5, 2001 Barry Bonds broke the single season HR record hitting his 71st of the season. Should the record be erased from history books? ? pic.twitter.com/vqs5iIRzLv