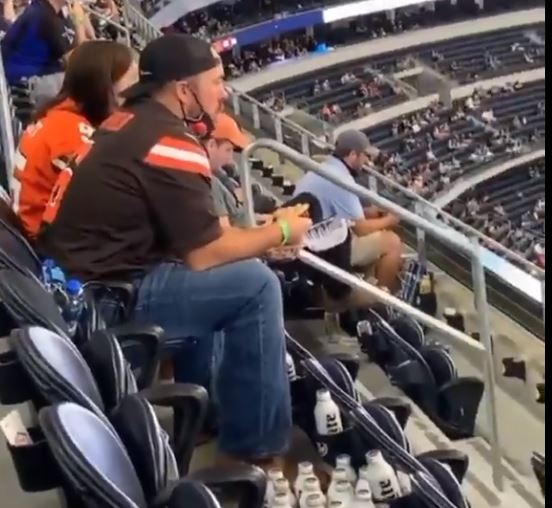 The Cleveland Browns are off to a hot start and are 3-1 for the first time since 2001. Odell Beckham Jr had his best game of his Browns career and somehow he was not the most impressive Cleveland Brown if you count fans. Because this fan went viral for the amount of beer he consumed while watching his team play against the Cowboys at Jerry’s World.

I am impressed by the #Browns fan damn ?

I counted 14 beers. 14 beers at a minuum of $9.00 at the stadium is a pretty hefty price tag for one $126 dollars worth of beer. But that’s not the only thing that makes this so impressive. If he was at the stadium for 3 hours (there is a beer cut off point as well) that is a very impressive 4.6 beers per hour. He must have had a few beers before the game and a few after the game. Pretty sure he reached 20 beers which is just an absolute beast of a number. So congratulations to this Browns fan he gets the top peformance of the day.