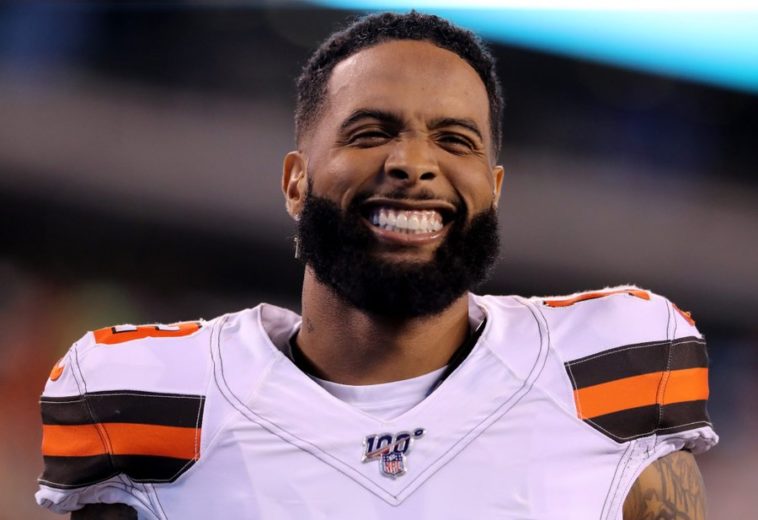 Odell Beckham Jr. had his best game as a Cleveland Brown on Sunday afternoon against the Dallas Cowboys. Beckham had 5 catches for 81 yards and two touchdowns. He also added two rushes for 73 yards and a touchdown including this game clinching touchdown in the 4th quarter:

He also added this to touchdown catch earlier in the game from his college teammate and fellow WR Jarvis Landry.

So this poses the question is Odell Beckham Jr. back? He just might be. Sometimes sports is a momentum game. And it seems like now that the Browns are 3-1 they have some momentum going and that bodes well for Baker Mayfield’s future and for Odell Beckham Jr. Mayfield did not have an amazing game with 165 yards but he was accurate and made no mistakes. The Browns are 3-1 and look like a real football team and a real contender in the AFC North.

Cowboy ? fans and Odell Beckham Jr two people who have been shitted on