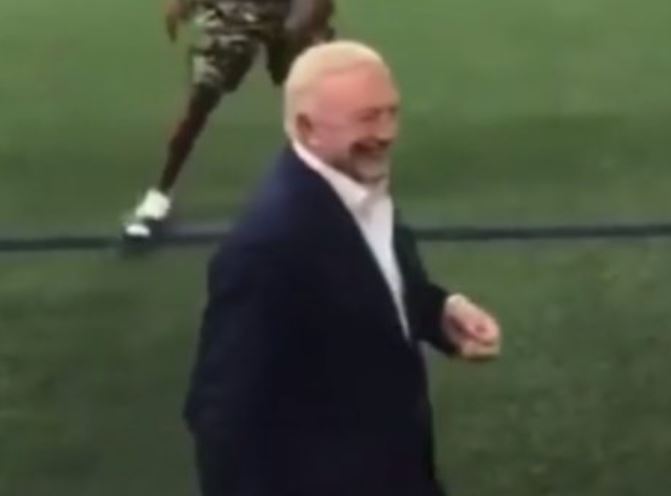 Before the Dallas Cowboys took on the Cleveland Browns in Arlington, Texas on Sunday, Cowboys owner Jerry Jones was seen on the sidelines dancing and shaking his butt in front of the Cowboy faithful. It was defintely a good time for Jerry Jones.. for the moment.

Jerry Jones is THE MOOD for Cowboys Game Day at 12:00!

The Cowboys went on to lose the game to the Cleveland Browns which put the Cowboys to a floundering 1-3 start. Luckily for the Cowboys the NFC East is a dumpster fire. The Cowboys with 1 win remain on top of the division with the Washingotn football team who also have 1 win.

1. Cowboys Can't Stop Anyone and Cowboys sucuk
2. Eagles – Carson Wentz is lost and Eagles suck
3. Giants- Are a dumpster fire and Giants suck
4. Washington- Still don't have a nickname and they suck