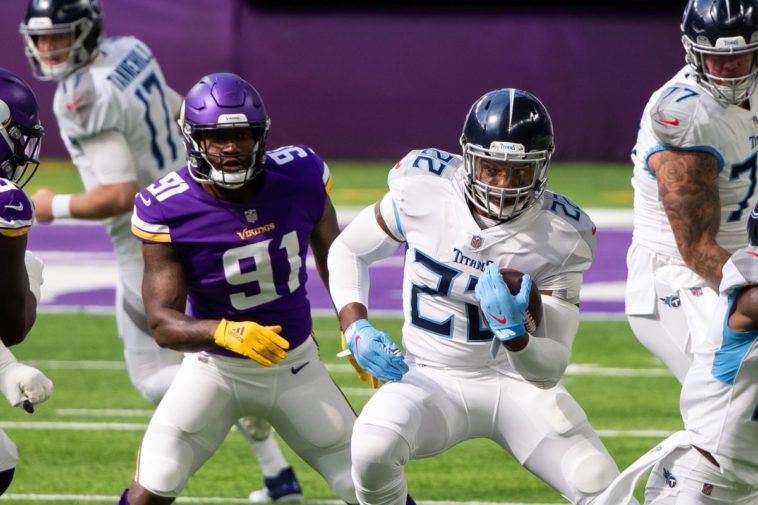 We have our first COVID-19 outbreak of the NFL season. The Tennessee Titans had three players and 5 personnel members test positive for the virus. This has resulted in the Titans shutting down their facilities until Sunday. The Minnesota Vikings who the Titans played last Sunday have shut down their facilties as well.

The #Titans had three new player positives and five new personnel positives for COVID-19, sources tell me and @MikeGarafolo. Both Titans and Vikings, who hosted them Sunday, will suspend in person club activities starting today.

A league source just texted me: "We are shutting Tennessee down until Saturday"
That means no Titans coaches or players can be in the building.

A statement from the NFL on the #Titans COVID-19 situation, along with a #Vikings update: pic.twitter.com/6sgYhemxm4

This is the first major outbreak of the NFL season. We saw the Atlanta Falcons last week have one player test positive and the rest of of the team test negative. What does this mean for the Titans vs Steelers game this weekend? I am not sure. But I could see it get cancelled. Same for the Vikings versus Texans. The issue with the NFL is you can’t make up games like the MLB by playing shortened double headers. It’s defintely a problem. We’ve seen how well bubble situations work for the NBA and NHL and saw MLB navigate their way through the season. The NFL with the much bigger roster’s will be a much tougher task to handle. Hopefully everyone is healthy and we don’t see any residual affects on the season.