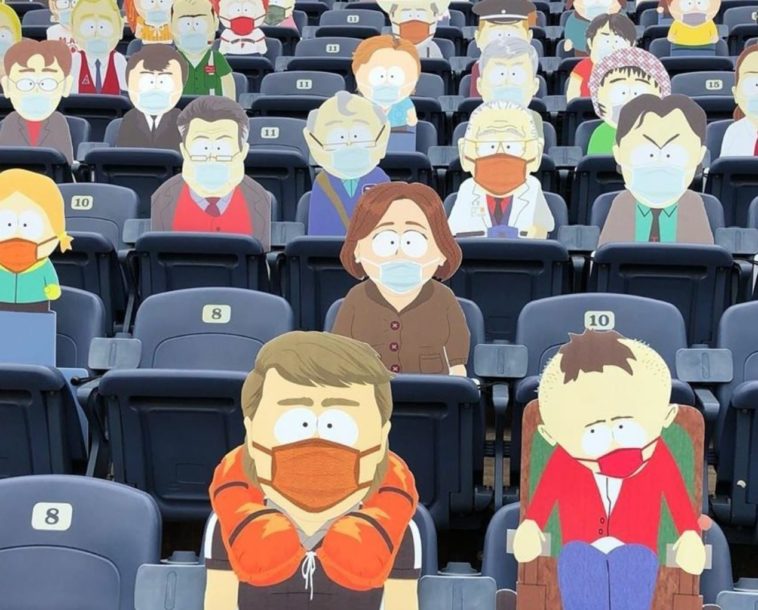 The Denver Broncos are going viral on social media. And their game isn’t until the afternoon slot today. In addition to have 5,700 real humans in the stands the Denver Broncos will also have some other fans in attendance. A whole town actually. The town of South Park will fill in the rest of the stands. So every wanted to watch the game with Cartmen, Kenny, Stan and Kyle? Well now you can. An absolutey amazing move by the Broncos.

So the Denver Broncos have 5,700 real fans in the stands today. The rest of the stands is filled with the entire town of South Park. Epic move @thesportsontap pic.twitter.com/wISB01Onje

Fantastic move by the Denver Broncos. We’ve seen these cut out fans popping up around the all major sports. But I haven’t quite seen this type of creativity yet. And wait until the game actually begins because it’s going to be the talk of the NFL this afternoon.