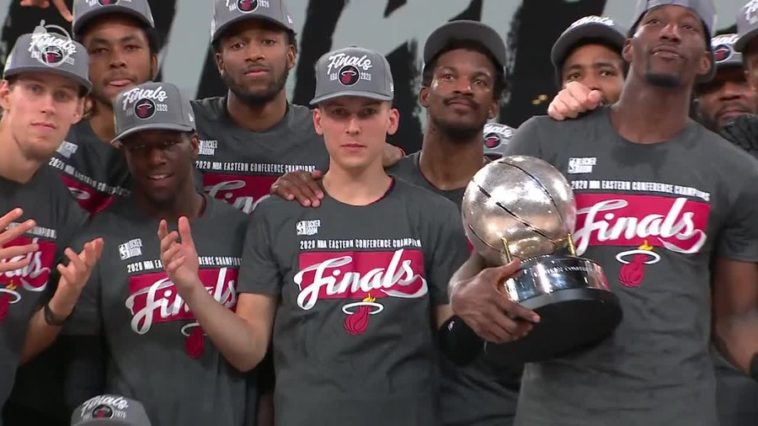 The Miami Heat beat the Boston Celtics on Sunday night to win their Eastern Conference finals series 4-2. The Heat will battle LeBron James and the Los Angeles Lakers starting on Wednesday.

Miami Heat are headed to the Finals to face the Lakers ?

Ill publish a full preview here in the next few days and we will be podcastting about the series on Tuesday. However, a few things do come to mind right away between the two franchises. Of course LeBron James won his first 2 of his three NBA championships while playing for the Miami Heat. 2nd of all Pat Riley won a championship as an LA Laker player and also coached the team to 5 NBA championships. There’s a lot of history between these two teams. Early prediction is Los Angeles Lakers in 6.