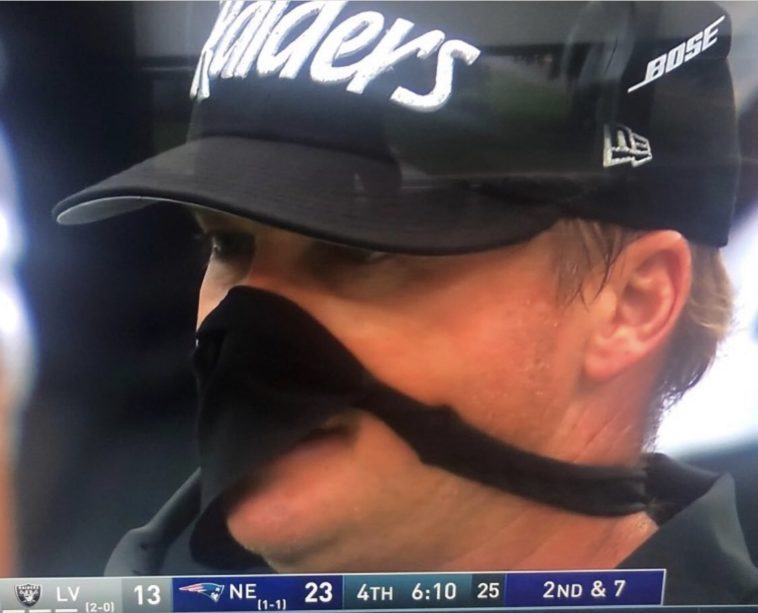 Las Vegas Raiders head coach Jon Gruden was one of the NFL head coaches to be fined for not wearing a mask during week 2 of the NFL season. He was fined $100,000 dollars. And well during the Raiders trip to New England to face the Patriots social media roasted Jon Gruden for his little mask that frankly looked more like a thong.

Jon Gruden about to get fined again pic.twitter.com/QyVxu1sKWj

I mean c’mon. This isn’t even an attempt to try. Now, could this technically be grounds to avoid the fine? Sure. But in general Jon Gruden’s mask game is one of the worst I have ever seen.