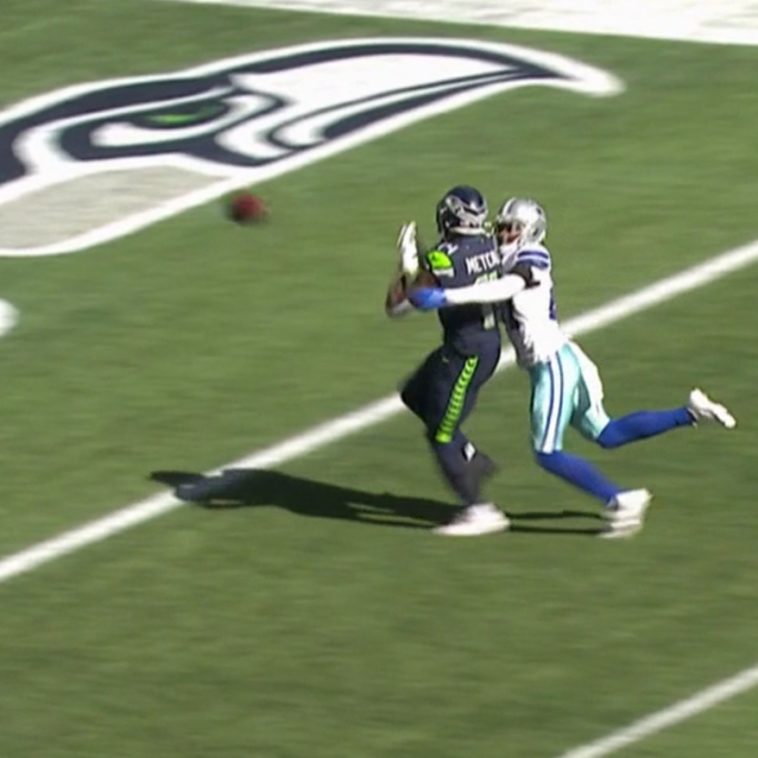 Seattle Seahawks WR DK Metcalf had a easy touchdown. He burned the whole entire Cowboys secondary and was ready to walk into the end zone. The only problem? He literally began walking to the endzone. And Cowboys defensive back Trevon Diggs snuck up from behind him and punched the ball through the end zone for a touchback. This cost the Seahawks 7 points and the ball.

Russell Wilson throws another GORGEOUS deep ball, DK Metcalf hauls it in. And then this happens.

We just found out that the only player that can stop DK Metcalf is DK Metcalf.

Look, DK has been nothiing but hard working, and disciplined since he came to Seattle. So this is just a huge mistake by DK. He’s not the showboating type or the type to not “run out the play” so we will forgive him. But man it’s a bad mistake and hopefully it does not cost ths Seahawks the game.