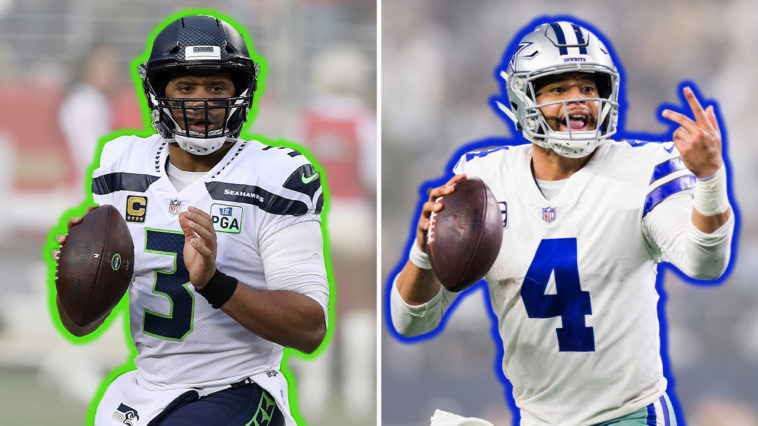 I’m telling you, it’s wild, Seahawks QB Russell Wilson and Cowboys QB Dak Prescott have had some of the most similar careers I could think of. Now, Seattle’s Russell Wilson is a better QB and has a Super Bowl, but I do not think that Dak deserves the hate that he gets. We will find out more about the two during Sunday’s exciting matchup!

Look at this… #Seahawks & #Cowboys QBs are wildly similar in their first 3 NFL years:

Most game-winning drives since 2016:

On our recent podcast:

Prescott became the first Cowboys QB to rush for three touchdowns in a game. In league history, he is the 14th NFL QB to rush for at least 3 TDs in a single game, and the first since Russell Wilson did so in 2012.

Russell Wilson (3rd) & Dak Prescott (4th) were both mid-round picks who weren't handed the starting QB job when they were drafted.

They both started Week 1 of their rookie seasons and have never missed a game in their careers.