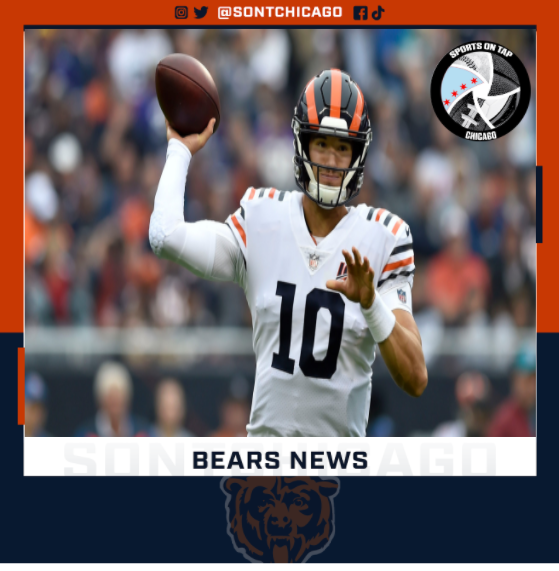 The Bears have gotten off to their best start as a franchise since 2013, with nail-biting wins over both the Detroit Lions and the New York Giants. Granted, neither of those opponents were particularly fierce but a win is a win. Ultimately, the Bears are sporting a perfect record, which is not something that most teams can say right now. The real question now becomes whether or not this team can find ways to consistently win. Getting lucky in Detroit is one thing but can this Bears team win on the road? Can they avoid trap games? Do they have the depth to compete in the postseason? While Bears fans are currently riding an emotional high, let’s take a closer look under the hood and see where we’re strong and where we need to beef up if we want some hardware this season.

As much as it may pain Matt Nagy to admit, this Bears team can run the ball. I mean, they can run REALLY well. David Montgomery’s running in between the tackles has proven to be a serious force to be reckoned with. We’ll touch more on this later but I don’t understand why Nagy doesn’t lean on the run more. Admittedly, he has been running more frequently, with 32 carries against New York and 28 against the Lions, which is great to see. The line looks quite good when run blocking, and has not been too shabby in pass protection. Hell, even Bobby Massie had a key deflected reception on 4th down last week. You gotta let the big dogs eat! The last strength that I would touch on after 2 weeks is the defense. This defense is still top-tier, especially the Akiem Hicks/Khalil Mack combo. Those two really open things up for the other 9 guys to step up and make a play, as we’ve seen with Robert Quinn against New York, who had a great game with a sack, forced fumble and TFL. The major downside that I’ve seen on the defensive side of the ball is the tendency to be impacted by emotions, both good and bad.

As I was alluding to, when the defense gains momentum, all 11 of them are flying around, making stops, and overall having great morale and body language. When things don’t go their way, however, as we saw with several of Matt Stafford’s drives, they all look defeated and their play immediately becomes sloppy. Khalil Mack has stepped as more of a vocal leader of this team, which is helping to combat this issue, but I’d like to see more of a bend-don’t-break mentality when things go wrong instead of abandoning all hope. Beyond the defense, another issue I’ve noticed is play calling. Matt Nagy in 3rd and short situations may literally be the worst coach in football. Why he chose to throw instead of running after averaging +7 yards per carry with David Montgomery during drives in the 2nd half of the Giants game, I may never understand. Nagy needs to get out of his own way and forget all of the razzle-dazzle BS and just focus on what’s next. Getting the first down, setting up the pass, scoring in the red zone. We don’t need every touchdown to come from some predictable Cordarelle Patterson jet sweep. Just take care of the blocking and tackling from a play-calling perspective.

Overall, I think that the Bears will have their hands full with the Atlanta Falcons. Both games they’ve played so far have come down to the wire so we’ll have to wait and see if the Bears can hang on to a win yet again.