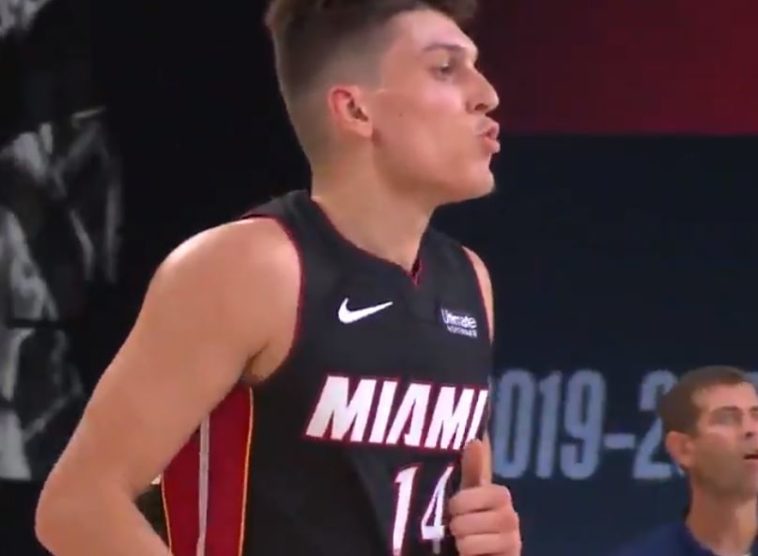 Miami Heat’s Tyler Herro dropped 37 points in the Heat’s game 5 win against the Boston Celtics to take a 3-1 series lead. Herro became the youngest player in NBA history to score 30+ points off the bench in a playoff game. The kid was just unbelievable.

Tyler Herro is the youngest player in NBA History to score 30 points off the bench of a playoff game ? pic.twitter.com/n0BYugFi3j

Herro was just absoutely amazing during the game. It seemed like everytime the Miami Heat wanted a bucket they could go to Herro for one. Just an absolute amazing display. The best part Herro’s game was his confidence and swagger. He didn’t seem like a rookie and it seemed like he thought he was the best player at every moment of the game. And of course, the confidence led to a kiss goodbye to the Miami Heat:

Herro really be blowing good bye kisses to the Celtics