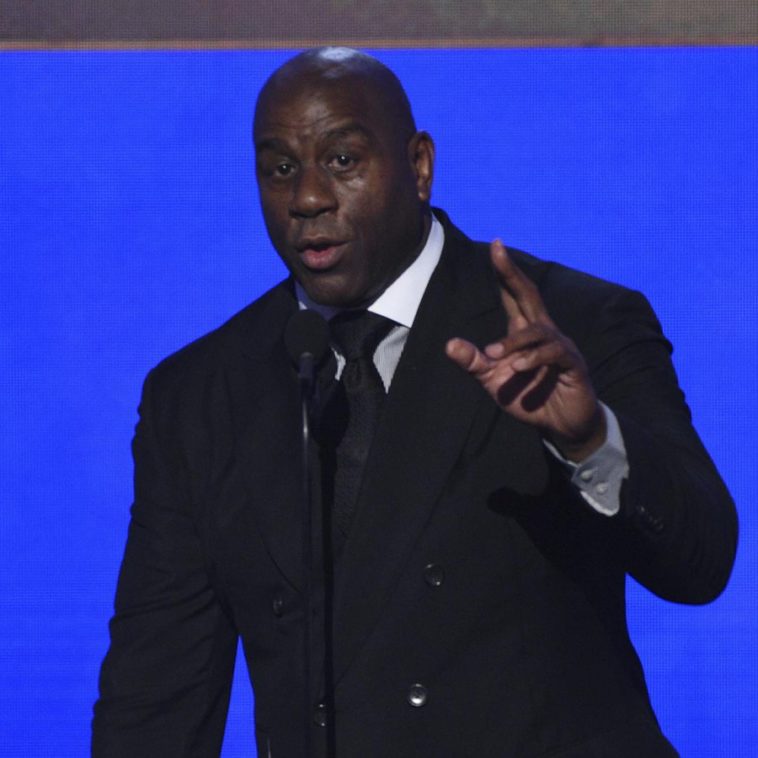 https://t.co/UIHgqdluiG Magic Johnson Gets Restraining Order for Himself and Employees

Magic’s staff tried to ignore the demands, but Frazier’s contacts became increasingly frequent — until they were getting bizarre voicemails almost every week. On some of those calls, Frazier claimed he was with the FBI and that if Magic didn’t do what he wanted, he would physically harm Magic and his staff. Magic characterizes the behavior as a form of “stalking,” saying he feared for his and others’ safety.

Weird stuff man. Acutally a bit scary. These guys who come out of nowhere and start harassing celebrties are a different breed of crazy. Sometimes I wonder, do they actually believe themselves? Or are they just after money. Anyways, what’s important here is that Magic and his team are safe.