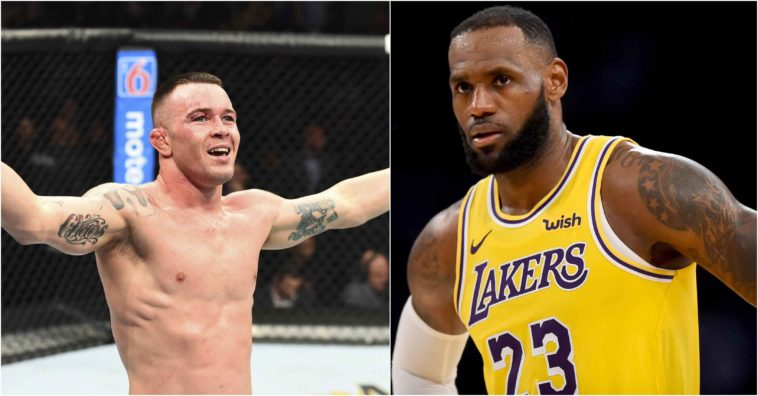 Former interim UFC welterweight titleholder Colby Covington got the win on Saturdya night. He defeated his rival Tyron Woodely after Woodley had an injury to his ribs and was forced to end the fight. But that barely made headlines. Why? Well because after the game Covington called out LeBron James and “woke” athletes. He even went as far as calling LeBron “spinelesss”. And went on to add that Donald Trump would win the 2020 election by a landslide.

Watch every second of this. ? pic.twitter.com/EkOmXs3pzG

“Jon Anik, let me start off by saying, you’ve been doing a tremendous job lately,” Covington said. “You’ve been working so hard tonight, so let me take this off your hands for a minute. Ladies and gentlement, the silent majority is ready to make some noise. If you thought that was a beating, wait till November 3rd. when Donald Trump gets his hands on ‘Sleepy Joe’ (Joe Bidan). That’s gonna be a landslide.“

“I wanna dedicate this fight, to all the first responders, all the military out there, you know this world would not be safe without you guys, you know, you keep us safe – not these woke athletes, I’m sick of these woke athletes. These spineless cowards like LeBron James. And speaking of spineless fake cowards, ‘Marty Fakenews Man’ (Kamaru Usman), ‘Street Judas’ (Jorge Masvidal), we got unfinished business, there’s nowhere to run and there’s nowhere to hide. I’m coming for you, you’re next.“

Of course Aubrey Huff who can’t resist not joining in on anything went to Twitter and applauded Covington: