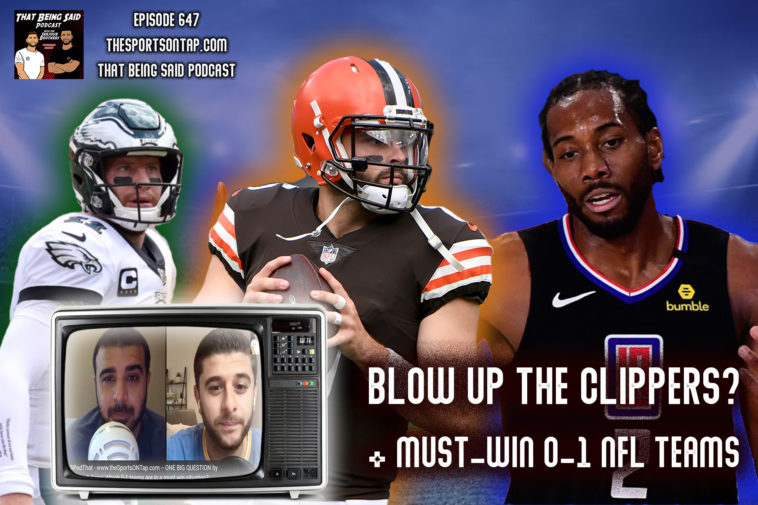 A new format doing 3 questions each and one big question, today we got a little bit of NFL and NBA and with that being said, George & Sami of That Being Said Pod are back for Episode 647… We are in the middle of the NBA Playoffs, the start of the NFL and many more sports, what a time. We talked about blowing up the Clippers + which 0-1 NFL teams have MUST win games?!

ONE BIG QUESTION: Which 0-1 NFL teams have a MUST win Week 2?

Tweets of the day:

He plays the position…

Tyler Herro just shot the dumbest shot ever and he wet that bitch top of the key pic.twitter.com/x0qYIDAFJO

Baker Mayfield is the only QB in #NFL History to have 30 starts with 1 team, with 4 different head coaches pic.twitter.com/Sg9HX1WOc8

Never talk about this game ever again and get on with announcing Reguilon and Bale ASAP.

Tom Brady lost as a starter in Week 1 for just the fouth time in his career, but each of the three previous times he went on to make the Super Bowl that season.

Paul George made All-NBA No Team.

Stat of the day: