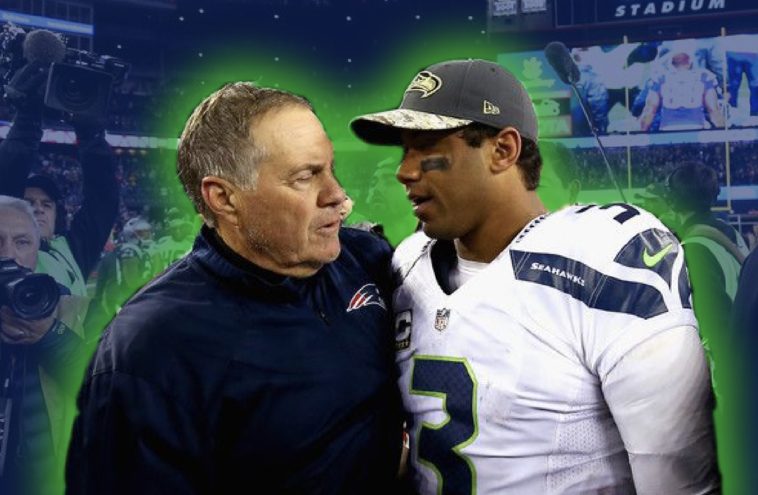 The Seattle Seahawks are preparing to face off against the New England Patriots on Sunday Night Football this weekend. Preparing to go against Cam Newton (still seems weird) and the man who is known as the greatest coach of all-time, Bill Belichick. Well, the legendary coach himself, talked about how underrated Russell Wilson is and what it’s like to have to prepare for the Seahawks QB:

“Honestly, I think he’s in a way underrated by the media or the fans, I don’t know. But I don’t really see anybody better than this player,” Belichick said Thursday morning. “This guy is a tremendous player.”

High praise from the goat of coaching about Russell Wilson ?? ? @thesportsontap @seahawksgalaxy

Wilson, a seven-time Pro Bowler, has never received a vote for the NFL’s Most Valuable Player Award, which solidifies the lack of appreciation that he gets from the media.

“He can do everything. He’s got obviously great leadership, playmaking skills. He plays very well in the most critical situations in the game. His decision-making, running, passing,” Belichick said, citing Wilson’s 4,022 career rushing yards and 30,056 passing yards.

“His passing numbers are extraordinary. You can put him up against anybody since he’s been in the league — literally anybody, in almost any category, His winning percentage is impressive. He’s there for every game — never missed a game. He’s got a great ability to do the right thing at the right time. He has tremendous vision, and sees the field extremely well.

“I don’t think there’s a better deep-ball passer in the league, in terms of decision-making and accuracy. He attacks literally every inch of the field.”

Belichick shared his respect for the Seahawks, saying Wilson was part of a “big three” that includes coach Pete Carroll and linebacker Bobby Wagner.