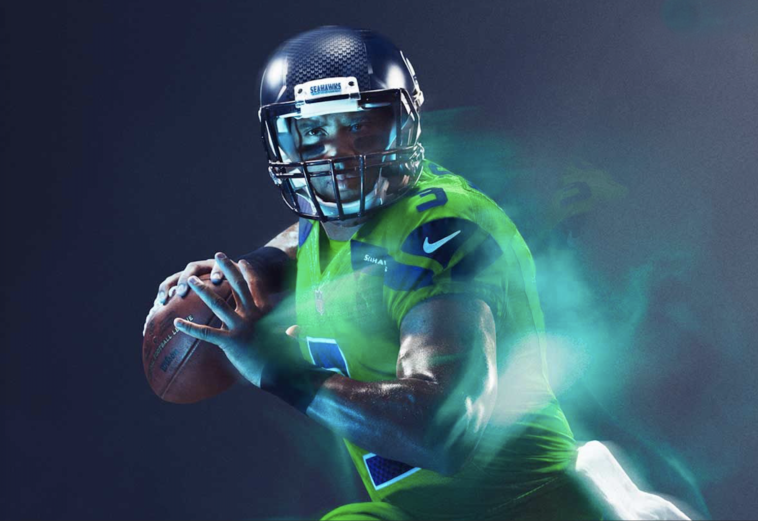 Seahawks fans were more than excited for the teams first matchup of the 2020 NFL season against the Atlanta Falcons. With plenty of offseason moves, including the MASSIVE trade that brought one of the league’s best safeties in Jamal Adams to Seattle, as well as a decent draft in April, there was plenty of untapped potential leading into Week One.

One of the top stories off the offseason that wasn’t about new players was about the team’s star quarterback Russell Wilson. Seahawks fans began to flood social media with the statement “Let Russ Cook,” which soon became a trend, especially on Twitter. The saying gained enough traction to the point where shirts were made by fans.

NFL analyst Mike Florio also reported that Russ told him that he wanted the team to play with greater urgency early on in the game. This is something that Wilson made clear throughout the offseason, but Hawks fans were waiting on edge to see if the team would make these changes heading into the season.

The Hawks kicked off their season on the road in Atlanta, and things got off to a hot start almost immediately. The offense was firing early on with two touchdowns by way of Chris Carson, both off of passes from Wilson. Carson finished last season with a total of two touchdown receptions, and he managed to match that number just one quarter into the 2020 season.

Seattle went into the half up 14-12 after a quiet second quarter, but the floodgates opened when the team returned for the second half of play. On their first drive of the third quarter, the Hawks drove 37 yards to the Atlanta 43 yard line before they were faced with a 4th and 5 at the 38 yard line. The next play was the highlight of the game for me, as Wilson threw a perfect deep-ball down the sideline to DK Metcalf, which he ran in for a touchdown. Later in the quarter, Wilson also found veteran tight end Greg Olsen, playing his 13th season in the league, for a seven yard passing touchdown across the middle of the end zone.

This is a DIME from Russell Wilson ?

The team went into the fourth quarter leading the Falcons 28-12, and would go on to score two more times in the game, once on a 42-yard field goal from Jason Myers, and the other on a 1-yard touchdown run from newly acquired running back Carlos Hyde.

The Hawks went on to win the game 38-25 followed by some garbage time scoring from the Falcons in the final minute of the game.

While starting the season with a win on the road is amazing, the even better news is that the offense was nearly flawless. Wilson finished the game 31/35 with 322 yards, four passing touchdowns, and a QBR of 143.1. This gave him a completion percentage of 88.6%, which is tied for the third-highest mark in a single game in NFL history (minimum 35 attempts). He also led the team in rushing yards with three carries for 29 yards.

During the game, Wilson surpassed 30,000 passing yards and 4,000 rushing yards over his nine-year NFL career, joining Hall of Fame quarterback Steve Young as the only other quarterback in NFL history to achieve this feat.

On top of all of this, the win against the Falcons marked Wilson’s sixth career game with 300+ passing yards and 4+ touchdown’s, matching the NFL legend Joe Montana’s career total.

This is more than enough to get Seahawks fans excited for the remainder of the 2020 season, and it is only the beginning of what many believe could be an MVP season for Wilson, despite never receiving a single MVP vote throughout his entire NFL career.