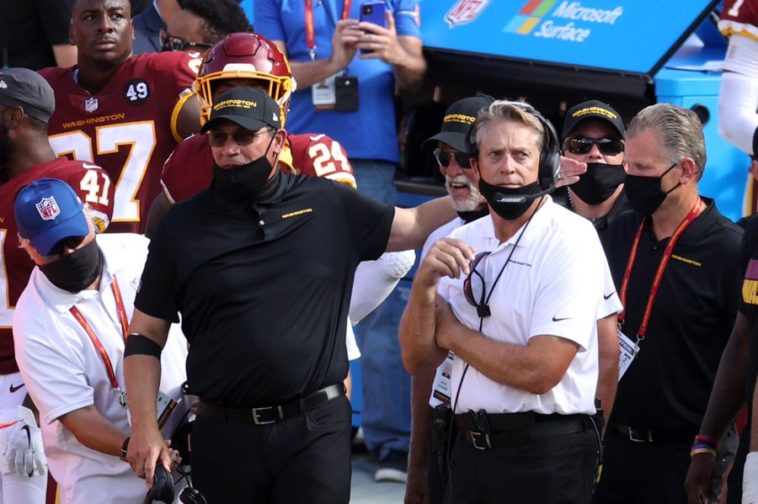 The Washington Redskins head coach Ron Rivera was making his coaching debut for the franchise today. Ron Rivera is also battling cancer. At halftime he had to get an IV and was unsure if he would be continuing coaching the game. But during his time getting an IV the Washington Football Team’s quarterback Dwayne Haskins stood up and gave a rallying speech to his team that was down 17-7.

Ron Rivera said that at halftime, he was getting an IV but Haskins stood up and gave a halftime speech to rally the team.

Coach Ron Rivera said that while he was getting an IV, he understands that Dwayne Haskins stood up in the locker room and gave the speech to fire up the team at halftime.

The Washington Football team rallied from down 17-7 against the Philadelphia Eagles to win the game 27-17.

Look, in my NFL quarterback power rankings I ranked Dwayne Haskins week 1 number 32. This will surely change. I was dead wrong. Haskins showed true leadership and the ability to come back and win this game. A truly inspiring story.

Ron Rivera is battling cancer, got an IV at halftime, and the team rallied back to win their first game ? ?? @thesportsontap pic.twitter.com/ey9NIbkFlV