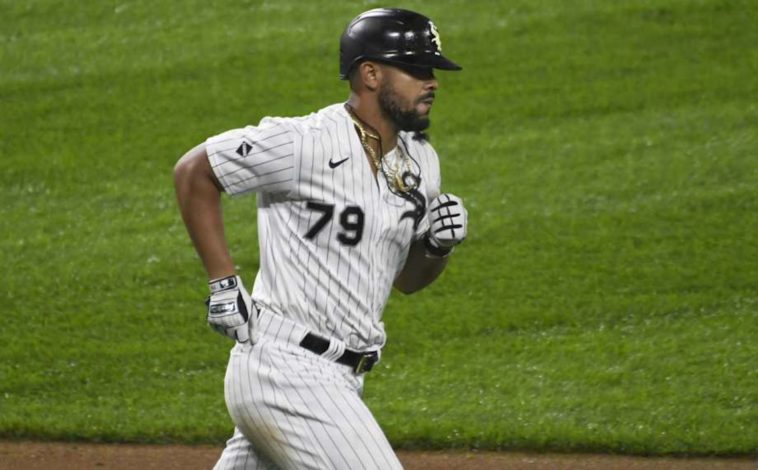 Another day, another monstrous performance from Jose Abreu.  And so seems to be the story of the 2020 season for the resurgent veteran, who is playing like it’s 2014 again.  This time, Abreu led the way in a 14-0 two touchdown massacre of the Detroit Tigers.

The damage started with an RBI single in the first, which was then followed by a three run dagger to center in the 4th, extending the lead to 8-0.

Then came the second dagger for good measure, as Jose Abreu extended the lead to 12-0 with a three run rocket to left.  Cue the “stop it, he’s already dead” gif!

When all was said and done, Abreu finished the day 4-4 with the aforementioned 2 dingers, 5 runs scored, 7 RBI, 10 total bases, and a walk to end the day.  While his 22 game hit streak ended the night before, he obviously did not dwell too much on it, opening up a barrage not seen since he last stepped foot in Wrigley Field.

After last night’s aerial assault, Abreu only added to his already otherworldly totals on the season.  And while Jose has been an above-average offensive player his whole career, he’s now raking at a level we haven’t seen since his Rookie of the Year season in 2014, and then some.  The fact of the matter is, we have never seen Jose Abreu drive the ball out of the park like this.

He’s also playing the best defense of his career BY FAR, which is a development that is just icing on the cake at this point.

In the league overall, Jose Abreu has clearly cemented himself as a top contender for AL MVP.  Without getting too into the details, since anyone with eyeballs and a video stream of the games can see, here is where Abreu ranks in the AL entering play Sunday:

We all know that Jose Abreu has been a good to dominant offensive player, but even the biggest Abreu Stans (myself in that number) wouldn’t have imagined a year like this. The criticized-by-many three year, $50MM extension Abreu signed in the offseason is now looking like a steal.

The natural question then is, what changed?

The easiest answer to that question is that Abreu finally has a top tier offense around him.  After years of being basically the only guy, he can not settle into the lineup of a first-place team, where the pitcher has other players to focus on.

While he may not be seeing a higher portion of balls in the zone, he is chasing less than he has in years, is seeing fewer balls around the edges of the zone than ever before, and is also seeing more meatballs at a rate he hasn’t seen since 2017.

How does that manifest itself in the numbers?  Well, from what I can infer, he’s barreling balls and making solid contact at a higher rate (13.7% and 9.6%, respectively) than he ever has, is making the least weak contact he ever has by a wide margin (0.7%).

The direction of the ball could be telling too, with more balls going up the middle than ever before.  Finally, his line drive rate and fly ball rate are way up, which corresponds to the increase in power output and exit velocity.  Simply put, Jose Abreu is killing the ball at a rate we have not seen before in his MLB career.

He’s able to kick it back a bit in this lineup, and instead of pressing to be THE GUY, he’s playing within the bounds of the lineup and ends up producing better than he ever has.  By not trying to be the man, he is now undisputedly the man in a better lineup than he’s ever been in.  What a beautiful turn of events that is.

With 15 games left to play, anything could happen down the stretch for the White Sox.  However, as things stand on September 13th, the White Sox are in first place, led by a next-level performance from Abreu.  If that isn’t MVP worthy, I don’t know what is.

Hell, for a White Sox player to get plugged as an MVP candidate by an official MLB social account they have to be doing something absolutely incredible.

Is José Abreu your pick for AL MVP? #CarryTheFreight pic.twitter.com/caTIzndmIG

After years of being stuck in the White Sox mediocrity, from the Rookie of the Year to LaRoche-Gate to Scissor-Gate to the rebuild, Jose Abreu has been through it all.  Now, finally, he gets to see the flip side of things on the South Side.  The fact that he is doing so as an MVP candidate and not as a passenger is absolutely perfect.