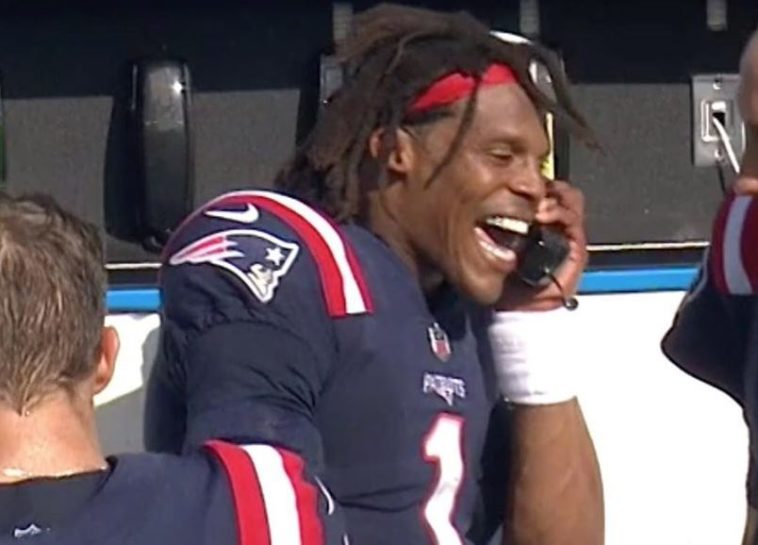 Cam Newton had a impressive debut for the beginning of his New England Patriots career. After the game Cam was upset at one of the Miami Dolphins player and decided to take matter in his own hands and almost started a brawl.

Cam Newton almost started a brawl after his Patriots debut ?

Whatever. Who knows if it was going to be a brawl or what was going on. But the important thing is Cam looked fantastic in his Patriots debut and scored two rushing touchdowns. And of course the all important win.