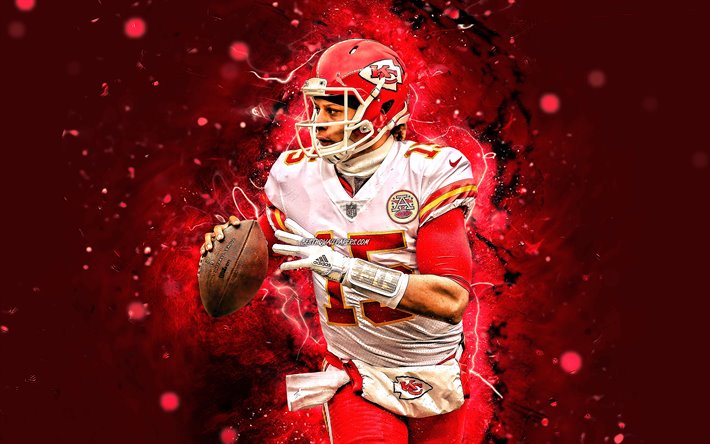 2020 has been a whirlwind of a year. But the NFL is about to begin and the first time in my lifetime and probably everyone who is reading this lifetime we will be watching NFL football during a global pandemic. Either no fans or limited fans, the NFL is going to look completely different than we are used to. But alas, we are here and here is the 1st edition of my NFL QB power rankings. These will be updated every Tuesday and we do these in tiers. And this we put every NFL in QB tiers. A breaks down of how these tiers work. We did these based on where the most prestigious real estate in our country would be. So for example in descending order from worst to best:

Gary Indiana is known as one of the least desirable places to live in the United States. High Crime rate and poverty is the reason for this. You don’t want to have a Gary Indiana quarterback.

Alaska is damn cold. Who wants to live in the Cold? Also despite it being in Alaska Anchorage is expensive. You want to upgrade from these Quarterbacks.

Omaha is an underrated place to live. It’s nice, affordable and has some great restaurants. You are happy here. You can raise a family here and live happily for a very long time.

Miami, Florida with a pool

Fun, good weather, and you got a pool. You are very happy here. You could spend the rest of your life here. Not a problem. And when you have one of these quarterbacks you can win A Super Bowl if things fall right.

You are in the mecca of Real Estate. It doesn’t get more prestigious than this. This is the best real estate and these are the best Quarterbacks. You have one of these you are a lucky and rich franchise.

Tyrod Taylor is a stop gap until the Justin Herbert era begins. Tyrod Taylor is a basic 7. He’s the girl you take on a couple of dates, hope you get lucky and move on to better things. You know it’s true. He started in Buffalo and they replaced him for Josh Allen. He started in Cleveland and they replaced him with Baker Mayfield. Now he’s the Chargers QB but you know they’ll be getting rid of him for Justin Herbert one day.

No player could move up in the rankings after week 1 more than Dwayne Haskins. We really don’t know much but here’s what we do know. The Redskins have a new head coach and the Redskins have a new General Manager. Neither of them drafted Dwayne Haskins. What else do we know? I will make the mistakes of using the team’s old nickname for the next 5 years.

So good news. Mitch one the starting job over Nick Foles. So the coaching staff must have loved what they saw. Mitchell Trubisky also added a ton of muscle during the off-season. How is this help? It doesn’t help reading defenses or throwing the football. Mitchell could lose his starting spot or he could lead the Bears to the playoffs literally anything can happen.

Mitch Trubisky will start at QB for the Bears over Nick Foles for Week 1 opener pic.twitter.com/Z77GVjiO7L

As a fan of the Washington Huskies seeing our rival school’s quarterback Gardner Minshew captivate the nation last year wasn’t quite my favorite thing to see. However, he’s hard to hate. A journeyman who has found a home on the Jacksonville Jaguars Gardner and his mustache will have a home in the NFL for years to come.

Part of me wants to put Cam Newton higher. However, with no pre-season and Cam signing so late in the process you have to be cautious here. It’s a great story but I will have to pump the break before I anoint him a long-term quality starter in New England.

It’s pretty ironic that Derek Carr is a choir boy on a Raider’s franchise that isn’t known for choir boy mentality. And on top of that the team is now in Las Vegas. Anyways, Gruden has no other option but as soon as he does look for Chucky to send Carr packing.

I think I am not being too harsh here by saying Teddy Two Gloves won’t be able to replicate what the best quarterback in franchise history created. Look Teddy Bridgewater is solid but I don’t think he’s the long term answer despite signing as a free agent for the Panthers.

Being the quarterback for the New York Giants is a tough task. The media pressure is relentless in New York but Daniel Jones seems come, cool and collective and unphased by pressure. He’s one of the candidates here who could make a huge jump in the first few weeks of the season.

If you listen to our podcast. You know I am not a huge believer in Baker Baker Money Maker. The guy is just too erratic and not presidential enough to be a face of a franchise. This is truly a make or break year for Baker who has weapons to play with. Zero excuses.

Ryan Tannehill has always been a tantalizing talent since his days for the Miami Dolphins. He landed in Tennessee last year and as soon as he took over the starting job he made an impact. He’s solid yet not spectacular.

He can throw the ball over the stadium and over the mountains. So yeah he has a rocket. The addition of Stefon Diggs and some high expectations for the Bills are great. But is Josh Allen up for the challenge?

I think we are going to see a free fall with Phil Rivers. But let’s be fair until he does. Week 1 he starts at number 19. The Colts have the best offensive line in football, and Phil should have plenty of time to throw the ball around the field so if there is a situation he should thrive in it is this one.

Jimmy Garoppolo is 23-5 as a starter in the NFL. Yes, 23-5. So no, he’s not the 49ers problem. Before he arrived they 49ers with Kyle Shanahan were a losing team. After he arrived they made the Super Bowl. Enough said.

He knows all the words to the Young Jeezy song. He has swag. And he finished last season hot. He also used to date the Chief’s owner’s daughter who is pretty damn hot. So yeah, I like Drew Lock.

Broncos rookie QB was rapping Jeezy’s “Put On” to perfection

Another player who despite being overpaid has been solid. The Rams are only a year removed from being in the Super Bowl and Goff is a huge reason why the team made it in the 1st place.

Darnold finished 7-2 in his last 9 starts last season. Part of me once to pick the Jets to have a huge year. But the other part of me remembers that Adam Gase is their head coach and everyone on the team seems to hate his guts.

He’s fast. He’s fun. And he’s hotter than the desert sun. Look for Kyler Murray to shine bright this year.

I think if Big Ben is healthy we are sleeping on a potential huge year for the Steelers quarterback. If he’s not healthy the end could be coming sooner for the Roethilsberger era in Pittsburgh than we all expected.

Captain Kirk is good. But Captain Kirk had some funny COVID-19 takes. Anyways, we all know the prime time jokes but he did come up big in a playoff game against the Saints last year and the Vikings are happy to have Cousins at the helm.

Yeah sure, Dak could be and maybe should be higher. But even the Cowboys haven’t committed a long term deal to Prescott yet.

Miami, Florida with a pool Quarterback

It’s been trendy to say that Matt Stafford was playing at MVP level before getting hurt last season. But it’s true. With some good weapons and a solid defense around him I can see the Lions really roaring this season.

Matty Ice had a nice finish to last season and so did the Falcons. Look for that to continue as the Falcons are primed for a rebound season.

Many people are writing off Rodgers. You know Aaron as antenna ears. Look for Rodgers to lead the Packers back to the playoffs and play good all season long.

Brees took a little dip last season after injuring his thumb. I am expecting Drew Brees to take a step back and finally show his age this season.

If you know me you know I am a Carson Wentz-aholic. If I have to explain to you that he was throwing the ball to plumbers and homeless people last year one more time I will go crazy. Either you understand he’s great, or you don’t. Now if only he can stay healthy.

Maybe I am too optimistic that a 43 year old Tom Brady is going to be able to produce high level results. But I am buying the TB12 method and his motivation to stick it to Bill Belichick and the weapons he has. I am ready for some Tompa Bay!

Deshaun is just good. I know he lost his number target in Hopkins but Watson has all-world talent and an all-world work ethic.

In Russ we Trust! Russell Wilson has been carrying my Seattle Seahawks for the last few seasons. And this year I believe he will carry the MVP trophy home as well.

No one is more electric and fun to watch than Lamar Jackson. I am pretty confident he’ll replicate his regular season success but all eyes will be on if Lamar will be able to perform in the playoffs (once and if the Ravens get there).

Do I need to even explain? Pat Mahomes is incredible and the throne is his until someone knocks him off it.