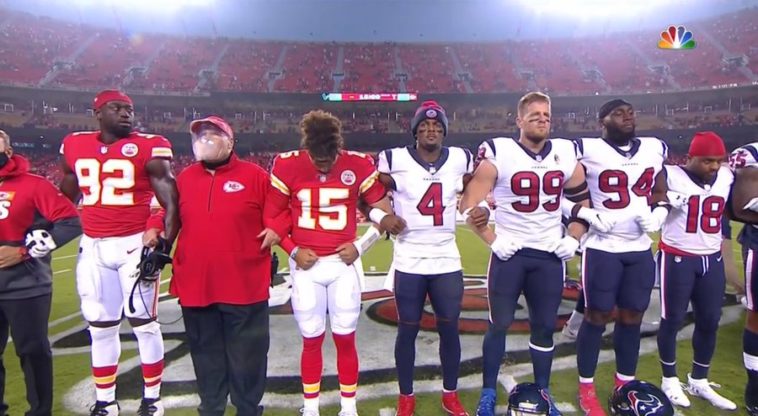 One player on the Kansas Chiefs kneeled during the national anthem, and the Houston Texans refused to even take the field.

Not a great start to the NFL season.

The Houston Texans stayed inside during the “Lift Ev’vry Voice and Sing” which is commonly referred to as the Black National Anthem. Some players and staff members on the Kansas City took a knee while others did not.