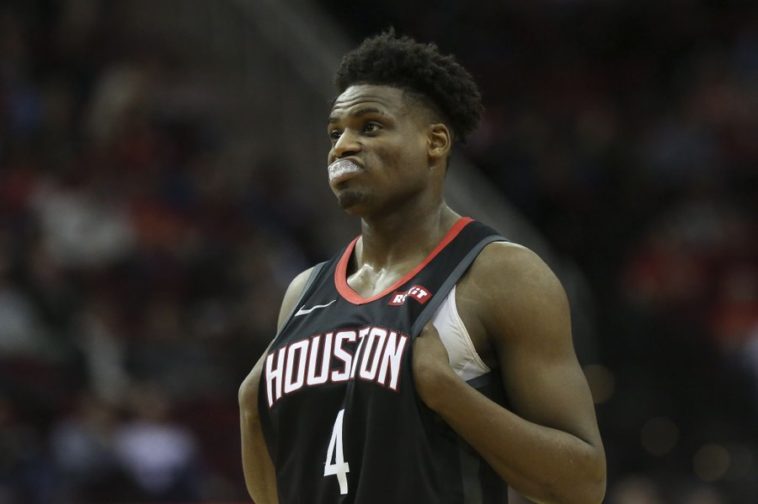 Houston Rockets guard Danuel House is under investigation for allegedly allowing a female COVID-19 testing official into his hotel room in the NBA bubble.

[Source] – LAKE BUENA VISTA, Fla. — Houston Rockets reserve Danuel House Jr. is under investigation by the league for allegedly allowing a female COVID-19 testing official into his hotel room, and his status for the remainder of the Western Conference semifinals against the Los Angeles Lakers is in question, sources told Yahoo Sports.

Honestly, I am only surprised because it took this long for someone to get in trouble for sneaking someone into their room. We’ve seen it in England international soccer, we’ve seen it in NFL camps, how did it take so long for someone in the NBA to get caught? I just can’t wait for the Houston Rockets to add this to their long list of excuses on why James Harden hasn’t won an NBA championship.

I am so excited for Mike D'Antoni, Daryl Morey, James Harden and the whole Houston Rockets organization to put out a statement saying they would have won the NBA championship after Morey watches tape if the NBA didn't suspend Danuel House and how it's all a conspiracy

Also, is this a big deal? No way. I am assuming here but, the women testing the players are probably also tested and the worker is defintely COVID-19 negative. Wouldn’t this technically be the safest way for Danuel House to get laid? Just saying. But god bless the NBA bubble it is the gift that continues to keep giving. Also kind of feel bad for House he does have a wife and three kids. Hopefully he can just stay in the bubble after this is all over.

Danuel House trying to go with the Lou Williams excuse