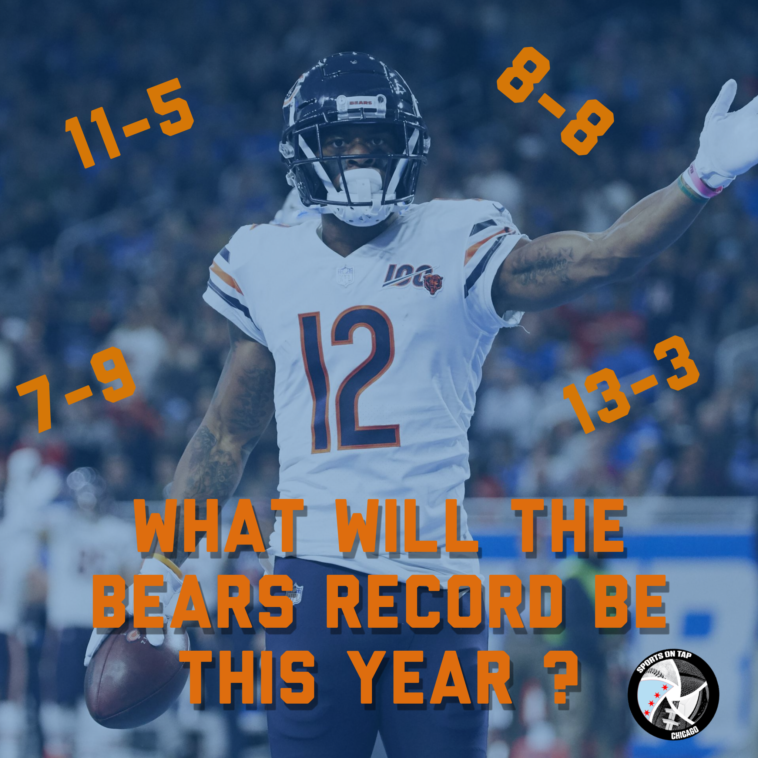 It is hard to believe the NFL season starts this week considering NBA and NHL playoffs are still in full swing. Regardless, one cannot help but get excited for the NFL product with its seamless mixture of youthful offensive stars and seasoned defensive veterans. As a Chicago Bears fan, it is hard to know what to expect. The unproven offense looks to match the swagger and intensity of a potentially stifling defensive unit while our anointed first-round quarterback looks to avoid becoming the next Blake Bortles. Jack Cooney has high hopes for this squad as he predicted them going 16-0 and potentially silencing the 72′ Dolphins. I have a more realistic outlook which I will share with you in the form of a week by week score predictions.

I truly don’t understand why the Bears are an underdog in this game. Big win to start the season.

The opting out of Eddie Goldman is a huge blow for the defensive line, especially against run-heavy teams like the Giants. Regardless I like this matchup for guys like Bilal Nichols and Roy-Robertson Harris who may be ignored in the gameplan, leaving them free to make some key plays.

In previous years the Bears have been able to shut down Todd Gurley. If he is healthy by week 3 I’d expect more of the same. This one will come down to a game-winning kick by newly signed kicker Matt Gay.

Not sure why I have a bad feeling about this game but I do. Philip Rivers may still have a bit left in the tank and the Bears defense can only do so much.

I know everyone is drooling over Brady and his offensive weapons but I can bet everything I own (which is not much) that the Bucs will not go 16-0. The best time to play the GOAT is on a Thursday with short rest.

After coming off the upset against the Buccaneers the Bears will be riding high. Additionally, the Carolina Panthers project to be a pretty rough squad this year. However, Teddy Bridgewater absolutely torched the Bears last year and McCaffrey is the type of player to give the Bears defense fits.

This matchup has been a defensive battle for the last two years and I am expecting more of the same. I have never been impressed with the “genius” that is Sean McVay and I think Chuck Pagano will have his guys ready.

After a few close games, the Bears will be due for an absolute drubbing. It happens…

The Titans are pretty one dimensional offensively which plays right into the Bears’ hands. If the Bears can slow down Derrick Henry the game is as good as theirs.

I am a big fan of the late bye week. It is the perfect way to focus on the home stretch.

It’s tough to win a game at Lambeau, let alone in November. No shame in dropping this one as long as you fight for the season split later on in the season.

I’ll take the Bears against a dome team in December more often than not, let alone the Detroit Lions.

Please read the above statement. Also if Trubusky is to overcome his mentally weak persona he will need to really take it to Deshaun Watson and Co.

It’s hard to sweep any divisional opponent in the NFL. I am also predicting this will be a must-win game for the Vikings to stay alive for a playoff spot.

If the Bears lose to THIS Jaguars squad they almost don’t deserve the playoffs. A first-half shootout will leave Bears fans concerned only to be quelled by some solid half-time adjustments.

I would hope that the Bears would have clinched a playoff birth by now and this game is to decide the NFC North. This type of matchup has not been great for the Bears in the past but it is time to right some serious wrongs!